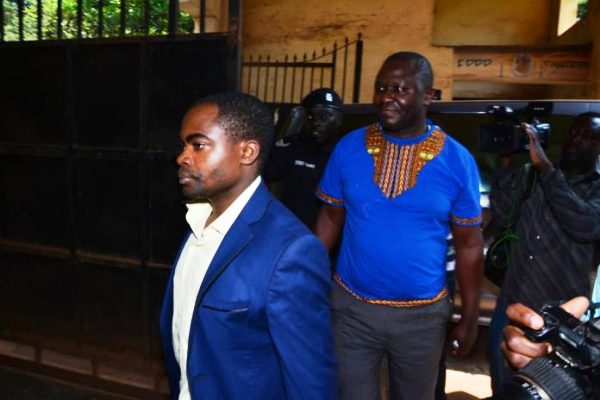 Three Bank of Uganda employees charged in the anti-corruption court over a procurement scandal have taken leave from office in line with the Public service rules that require a public servant to step aside, in the face of an investigation.

They were charged in the response to the currency that BoU was bringing into the country in April from Paris. BoU Governor Emmanuel Tumusiime Mutebile said the investigation was in relation to a consignment that the Central Bank received on April 27, 2019.


“During the verification process, BOU staff reported an anomaly in the inventory of the expected consignment,” Mutebile stated this month. Latest details have shown that the problem was with the full charter plane that was supposed to carry only BoU cargo but carried five extra pallets that the central bank didn’t know their origin. BoU only knew 20 pallets that had 70 million pieces of 5,000 bill note.

On Tuesday, the officials charged with abuse of office and corruption were granted bail up to August 2, 2019, when they will return to the anti-corruption court for the hearing of their case.


Charity Mugumya, the BoU spokesperson, has told URN that the trio is not in office.  Another official at BoU told URN that in general, the institution follows public service rules that call for interdiction of the officials in question. The official added the three officials have not appeared at the office from Wednesday, this week.

The central bank, being a public agency, follows these rules in addition to its Human Resource Manual.


An informer in the office of the Director of Public Prosecutions (DPP), said that ideally, the BoU suspects must leave office to pave way for investigations. But this informer was sceptical that “there is a problem with the Public Service Standing Orders which may not be applicable at the Central Bank”.

BoU is suffering a reputation crisis and is doing all it can to downplay the implications of the currency saga. According to the Standing Orders of Public Service, charges against an officer are investigated expeditiously and concluded. It adds that where an officer is interdicted, the Responsible Officer shall ensure that the investigation is done expeditiously in any case within (three) 3 months.

Mary Katarikawe, the BoU operations director, told reporters last week that the central bank wants to know what exactly was contained in the extra cargo and how it got into a full charter plane, putting the genuine BoU cargo at risk.

Oberthur Fiduciare, the company contracted by Bank of Uganda to print Ugandan currency, has reportedly offered to compensate the central bank for the extra pallets that were irregularly loaded onto the chartered currency plane. 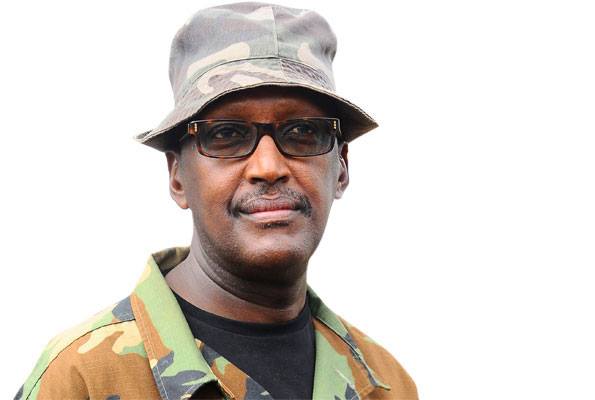 Uganda Earns Shs177bn From 537,538 Bags Of Coffee Exported In April 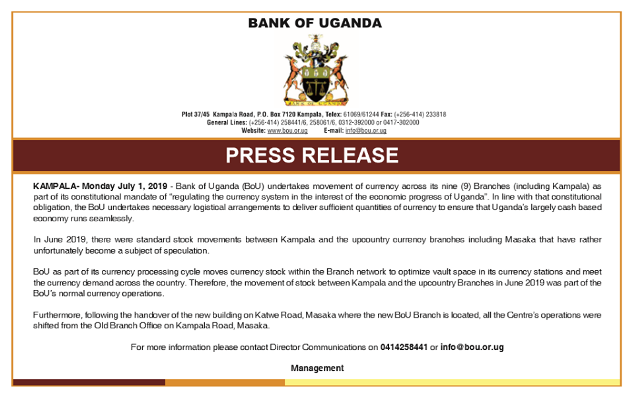