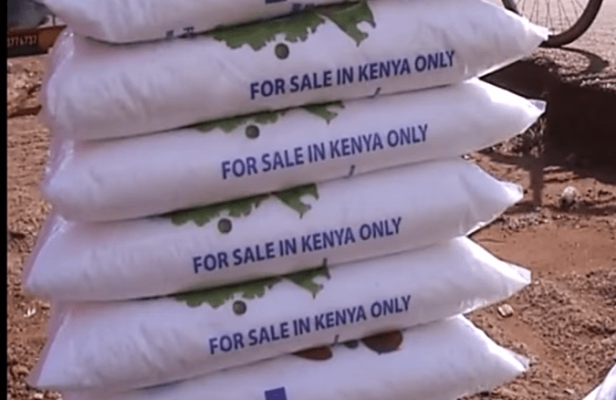 Uganda Revenue Authority (URA) has in recent years upped its efforts in the fight against smuggling. However, the vice remains a huge challenge to the tax body.

The latest is that Ugandan salt traders at Busia border and Uganda at large are counting losses after smugglers recently allegedly successfully connived with authorities at the busiest border to smuggle salt from Kenya into Uganda which they later sell at cheaper prices.

Traders who spoke on condition of anonymity allege that  this illegal act of smuggling is done at night in connivance with border police and URA field staff.

This is despite URA having installed state of the art scanners that have in recent times helped the tax agency to net smugglers who conceal items in various ways.

The traders are calling on authorities in Kampala to institute a crackdown of the said smugglers including transferring some of the field staff of URA who are reportedly being compromised by the smugglers.

Traders warned that if this trend is not dealt with decisively, they might be forced out of business soon, but that this would have a huge bearing on the tax base and the country’s economy.

The traders accuse the smugglers of getting salt from Kenya cheaply and dodging paying taxes. This helps them sell the salt cheaply in Uganda.

The market for smuggled salt has now expanded to nearby towns of Tororo, Mbale and Iganga among others.

“We pay every tax imposed on us, but why can’t government also safeguard our markets so that we are able to do good business and even pay more taxes with ease?” a trader at Busia border said.

Our investigations reveal that the most smuggled salt at the border is Kay salt manufactured from Kenya, and mostly smuggled into Uganda at night.

One of the dealers in this business of smuggling salt has been  identified as Kiduku. It’s reported that he is very connected to police and URA field staff.

Kiduku, according to sources, declares and clears like one truck at border with URA but uses the same papers to smuggle in like 3 or 4 trucks of salt. And he does this reportedly with the knowledge of some URA staff inside who handle his paper work.

It is said that he has a store at Busia border on the Ugandan side which he also fills up using bicycles through ‘panya’ routes and then displays the paper work of the officially declared consignment.

It is said that URA inspection patrol unit recently  intercepted one truck reportedly full of smuggled salt along Tororo highway on its way to Iganga before entering the market and forced them to pay additional taxes including heavy penalties estimated in millions.

“But if they allege that we connive with these illegal smugglers, then who arrested their (smugglers) truck last week along Tororo road? Do you know how much we made them to pay as penalty?” a URA staff, who spoke on condition of anonymity because he is not the official spokesperson of the Authority said while refuting the allegation.

Efforts to get a formal comment from URA regarding the above allegations were futile by the time this story was posted.

This is not the first time smuggled salt has attracted the attention of Ugandans.

On October 31 2015, NTV Uganda run an story detailing how smuggling of salt and other goods on Busia border was becoming a lucrative business to venture in. Four years later, it seems the story was as truthful as it sounded.