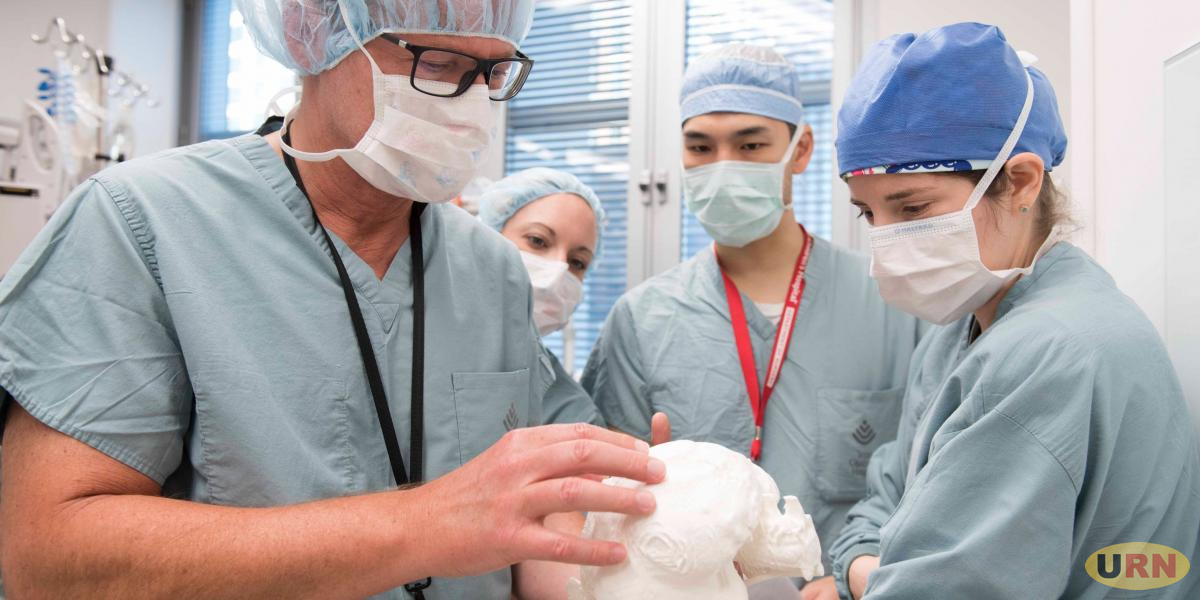 In a photo shared on twitter, doctors at Texas hospital display the huge tumor picked from Cathy’s back

For five years, Cathy Kyomugisha slept in one position, lying on the stomach after developing a tumour that ate away her back, part of her spine and pelvis. She was diagnosed with Chordoma, a malignant cancerous tumour found inside bones of the spine or the skull.

According to medics, the condition can be difficult to treat because it’s often located very close to the spinal cord and other important structures, such as arteries, nerves or the brain. At age 13, the Uganda Cancer Institute (UCI) declared that she goes for palliative care considering that her cancer was in an irreversibly advanced stage.

But she ended up at Bless a Child Foundation, a non-profit organization that provides care support services to children suffering from cancer and related infections. Brian Walusimbi, the Director of the Children’s cancer home recalls telling his colleagues that the new patient would not make it till morning. She was screaming in pain.

Walusimbi let her in on an arrangement that they were only spending a weekend as they mobilise transport to take them back to their home in Bushenyi. Little did he know that Cathy was to stay at the facility not just for the weekend but would become the longest staying resident and later on get a new lease of life.

Kyomugisha was a student at  Bishop Robert Rwamagaya Voc. SS in Nyakitubire, in Rukungiri District, when the condition started in 2014. But one morning, she woke up feeling extreme pain in her right leg, but sought no treatment, because she never imagined that this could be a big problem.

For close to a month, she endured the pain, until her back started hurting. She could hardly bend. While the doctors said there was nothing wrong with her, traditional healers classified it as a case of witchcraft. His treatments, however, were ineffective as the swelling grew and the pain in the leg worsened, then she sought divine intervention until she became paralysed.

Eventually, a CT scan showed that a blood vessel had twisted around one of the spinal bones and they were referred to Mulago, where a biopsy concluded that it was a case of chordoma, which was way too advanced and that all the patient could get was palliative care. But she kept her hope alive, waiting for a miracle to happen, in what seemed like a dream.

After five years of sleeping on her stomach and taking cocktails of herbs to reduce the pain and extend her life a little longer, US doctors who were visiting the children’s ward came with a message of hope, that Cathy could actually sit again and live a normal life. The doctors from Texas Children’s hospital had only paid a short visit to the cancer home that hosts about 50 needy children on their way to their airport after work visit Mulago children’s ward.

They agreed that the procedure could not be done in Uganda. Arrangements were then made to transfer Cathy to Houston Texas, where a multidisciplinary team of pediatric and orthopaedic surgeons, urologists, anesthesiologists, neurologists, radiologists, critical care specialists, and nurses, among others, met regularly to discuss the case and map out a plan for what they have referred to as the most complex procedure.

This opened another long journey, for Cathy, that cost her both her legs. Walusimbi says they spent more than 55 million Shillings on her travel, most of which was raised through donations by Ugandans.  The cost of the procedure was covered by the Texas Children’s hospital.

In a short video chronicling the journey to this operation that involved a multidisciplinary team of experts, Dr Jed Nuchtern, the Chief of Global Surgery at the Houston based hospital says this was too complicated to be done successfully in Uganda.

Even in the west, she went through fourteen surgeries and many times she was about to die and that the team in Texas would communicate to the cancer home for approval especially when they had to cut off her legs to find flesh and bones to support her eaten up the spine. Doctors say her spine was literally sitting on the huge tumour and the operation that took her first leg was unsuccessful as the flesh used started rotting away shortly.

For three days, multiple doctors worked together on a surgery that brought back her life and took her other leg.

Kyomugisha is now concluding her one and half year journey of treatment in Houston and only returned to Uganda this week.  However, it’s not just Cathy who calls this a miracle but the cancer home and experts in cancer care in Uganda.

From her wheelchair, aspired to be a motivational speaker so she can give hope to people in dire situations. In addition to this, she plans to start doing other jobs like knitting that can generate her money easily while seated.

Speaking to Uganda Radio Network on Friday, Dr Joyce Balagadde Kambugu who heads the Childhood Cancers Unit at the UCI said Cathy’s cancer is extremely rare and they had never seen it before in their patients.

“This child is an isolated case,” she said. 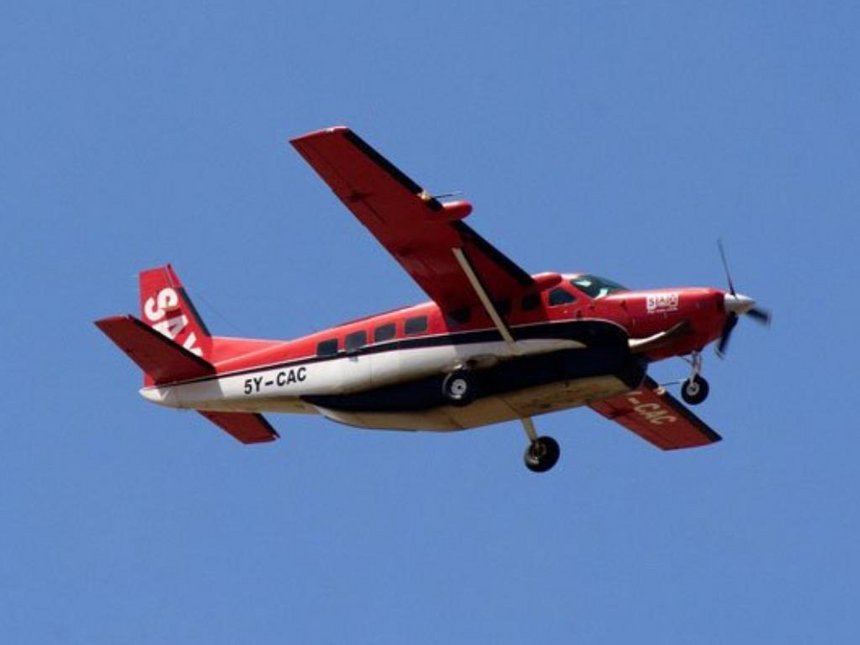