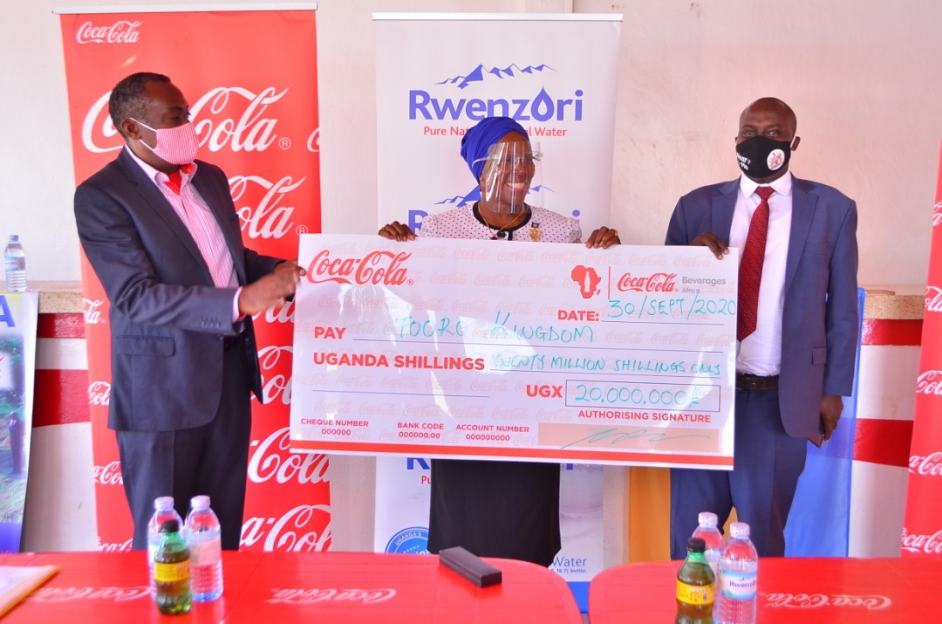 The conservation partnership, signed at the Coca-Cola Platform at the UMA Showgrounds in Lugogo, Kampala, will involve clean-up activities to rid River Mpanga of plastic waste, and mobilization and sensitization of the people of Tooro about the dangers of irresponsible waste management.

The partnership will promote environmental conservation and protection of the 120km River Mpanga. Between October and December this year, the Kingdom of Tooro will run campaigns among residents of the best environmental practices in the community and responsible plastic waste management to promote recycling.

“He wants to see Tooro become green again, it’s not just a touch of a button, we have to work for it and he is doing it. You will find him cleaning river Mpanga, planting trees and preaching the gospel of planting trees in the kingdom,” Hon. Adyeeri said.

“The campaign to ‘save River Mpanga’ was launchedthree years ago. We have done many activities among which is a fundraising dinner which was just a drop in the ocean because, if we don’t wake-up today, we are losing it. River Mpanga is important to all of us. It doesn’t serve only Coca-Cola, it supports the businesses and also provides water for domestic consumption, not only that, it boosts our tourism in Fort portal District. So it’s important that we all do our share to save River Mpanga,” she added.

In communities all over the world, Coca-Cola has been committed to providing funding and supporting initiatives that help tackle the world’s plastic waste management problem one community at a time.  The goal? To measurably improve recycling rates and reduce recycling contamination so that we can have cleaner cities without waste.

Mr. Melkamu Abebe, General Manager of Coca-Cola Beverages Africa entities in Uganda (Century and Rwenzori Bottling Companies), in a message delivered by Mr. Kaheru Simon, Public Affairs and Communications Director of the company said: “The solution that the kingdom came-up with captured our attention because, the kingdom has decided to do three things; one, conduct clean-up activities at River Mpanga – which involves removingall inorganic garbage from the river. That objective is in total synchronization with our objective to remove all plastic waste from the environment especially from the water,” he stated.

The company has established a recycling plant operating in Nakawa, whose main purpose is not only to recycle plastic but also an equal system that makes people take away plastic from the environment. The Coca-Cola Company in 2018, launched an initiative dubbed ‘World Without Waste’which includes the ambitious goal of collecting and recycling the equivalent of every bottle or can the company sells globally by 2030.

Since launching the initiative, the company has underwritten and implemented new recycling campaigns, as well as reinvented existing ones while adhering to the values of a closed-loop circular economy: a system in which all of the plastic packaging the company produces is designed to be recycled, kept in the economy, and reused in food and beverages.

“The other aspect is sensitization of people on proper plastic disposal- especially the river itself. This is very important to us as it creates sustainability.

We can’t throw money at the problem but instead, we need to change the mindset of the people so that going forward, they can enjoy this refreshing drinks but bring the bottle for recycling and keep the environment clean,” he reiterated.

Adding further, Mr. Kaheru joined in the call for all Ugandans to take care of the environment and also motioned to why this initiative benefits everyone and also brings them one step closer creating a shared future.

“If river Mpanga is clean, our replenishment objective as a company is met. Water is the first ingredient in most of our beverages. It’s central to the long-term success of our business and the health of our communities. We have a responsibility to respect and protect water resources. Our Mbarara plant gets its water from River Rwizi, which is connected to river Mpanga. It doesn’t matter where we conduct our river cleaning activity, our environmental conservation initiatives are aimed at making sure the water we use is clean. This is for the benefit of all Ugandans who consume quality products,” he remarked.

The company is involved in partnerships with different entities/stakeholders such as nonprofits, governments, communities and other to achieve this goal. 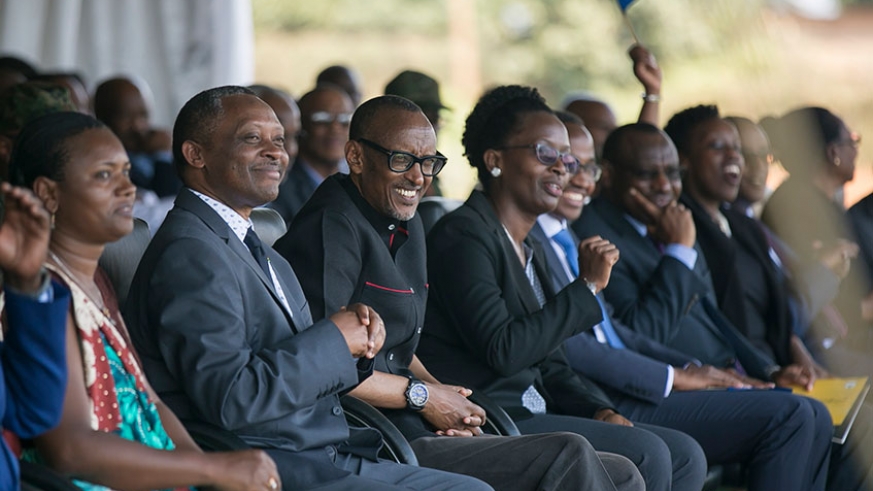 Bank Of Uganda Speaks Out On Funds ‘Hid’ On Foreign Account