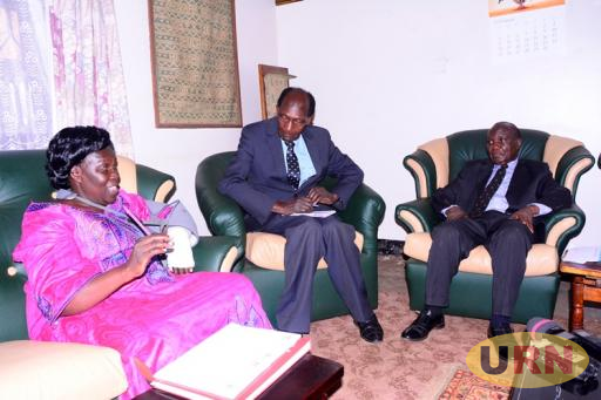 Addressing the Leader of Opposition, Betty Aol Ochan at his home in Rubaga on Monday, Ssemwogerere noted that Uganda’s problem isn’t the absence of dialogue but failure to put in place a mechanism of peaceful transfer of power.

Sources that the attended the closed door meeting told URN that the  veteran politician said Uganda’s biggest challenge since independence  and the mother of many other problems such as corruption and wars is the absence of a mechanism on how one gets elected and enjoys the confidence of the people and is voted out or retires peacefully.

He reportedly emphasized the need for a transition mechanism; something he said explains why the National Resistance Movement chooses firearms when certain things go wrong.

Speaking to Journalists short after the closed door meeting, the Leader of Opposition, Betty Aol Ochan revealed that they had discussed with Ssemwogerere issues concerning national dialogue, the newly named Constitutional Review Commission, insecurity in the country and rising discontent among youths.

Ochan said that there should be sincerity if the planned National Dialogue is to yield fruits for Ugandans, adding that the dialogue should be about the interests of all Ugandans.

Ssemwogerere declined to comment about the discussions and directed the media to the Leader of Opposition.

The proposed National Dialogue is being spearheaded by the Inter Religious Council of Uganda and the Elders Forum. It was scheduled to take place on November 21but was moved to December.

The organizers wrote to government about some of the issues they want discussed at the dialogue but are yet to receive a response. However, Daily Monitor recently quoted the Deputy Attorney General, Mwesigwa Rukutana, saying the country doesn’t need a national dialogue. 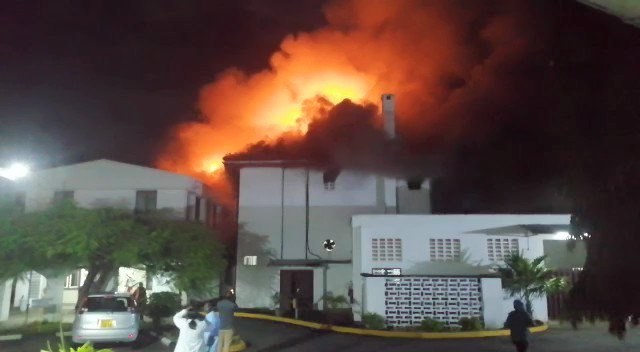 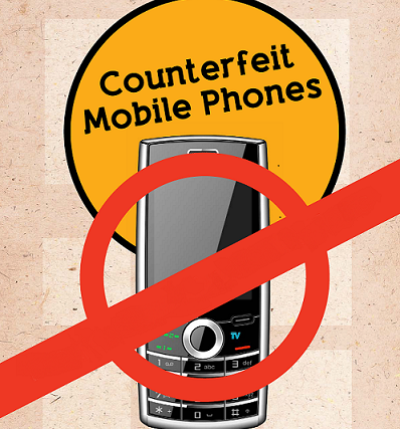