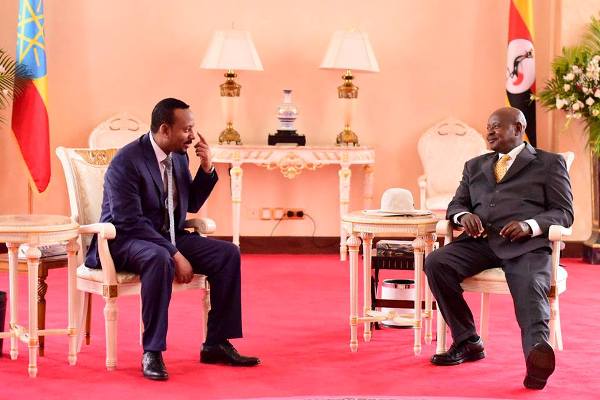 A road linking Uganda to Ethiopia is going to be constructed to boost the bilateral relations between the two countries.

This was reached at during the new Prime Minister of the Federal Democratic Republic of Ethiopian, Dr. Abiy Ahmed Ali’s  2-day state visit to Uganda at the invitation of President Yoweri Museveni.

Premier Ali Abiy Ahmed Ali, who arrived in the country on Friday  morning, was welcomed by President Yoweri Museveni at State House, Entebbe.

Prime Minister Ahmed Ali was treated to a red carpet welcome and accorded a 19-gun salute.  He also inspected a guard of honour mounted by the Officers and men of the Uganda People’s Defence Forces after which he was entertained by groups of Ugandan traditional local troupes.

Later, President Museveni and his guest  later held bilateral talks with delegations from the two countries, Uganda and Ethiopia.

The focus of the visit to Uganda by Premier Ahmed Ali centres on strengthening issues of mutual interest between the 2 countries, including trade and political ties, among others areas.

Prime Minister Ahmed Ali is accompanied by a delegation of Ministers and high-ranking Ethiopian government officials.

Dr. Ahmed Ali is the 12th Prime Minister of Ethiopia. He was sworn into office in April 2018 following the stepping down of his predecessor, Mr.  Hailemariam Desalegn in January 2018.

In a joint communiqué issued at State House Entebbe after the bilateral talks between the delegations of the two countries, Uganda and Ethiopia, President Yoweri Museveni congratulated Dr. Abiy Ahmed Ali upon his election by the Ethiopian Parliament as the new Prime Minister of that country.

State Minister read the communiqué for Foreign Affairs, Hon. Okello Oryem and Dr. Workneh Gebeyehu, Foreign Minister of the Federal Democrati Republic of Ethiopia. President Museveni noted that the election of Dr. Ahmed Ali as the new Prime Minister confirms the confidence the Ethiopian People’s Revolutionary Democratic Front and the entire population of Ethiopia have in him and his leadership.

According to the communiqué, the two leaders have agreed to concretize cooperation in priority sectors such as energy, trade, agriculture, transport, tourism and culture, among others.
They also emphasized the need to work on the road transport linking North Eastern Uganda to Southern Ethiopia through Northern Kenya.
The two leaders also discussed the situation in Somalia and urged the United Nations Security Council to review their decision on the drawdown and also provide adequate and sustainable financing to AMISOM.
Dr. Ahmed was also the  guest of honour at today’s Heroes’ Day celebrations in Kakumiro District, Bunyoro Sub-Region where he was decorated with the Most Excellent Order of the Pearl of Africa, THE Grand Master Medal in recognition of  his distinguished service to the Federal Democratic Republic of Ethiopia and the African continent. 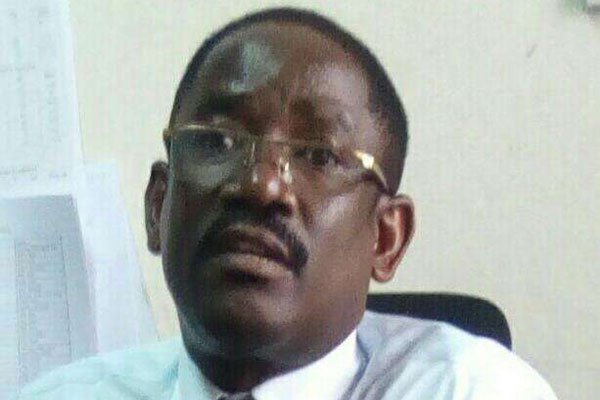