The Deputy Speaker of Uganda’s Parliament, Jacob Oulanyah has directed the Parliamentary Committee on Gender, Labour and Social Development to investigate a multi-million scandal where Labour Ministry officials are accused of transferring USD70 (Shs257,971) charged on each migrant labour worker on a personal account.

Mpaka (NRM) prayed that government immediately suspends any further payments to the recruitment agencies monitoring fund until investigations are done by the House.

The member also prayed that the Labour Liaison/Consular Assistant at the Ugandan Embassy in Saudi Arabia, Yassin Abdulaziz Musoke, into whose personal account the money is transferred be suspended.

Mpaka, who moved a motion during the House sitting on Tuesday 10 December 2019, said that the Ministry of Gender has not carried out its oversight role over the fund leading to funds being deposited in a personal account.

“The external recruitment companies on behalf of the domestic workers remit $70 per Ugandan to the account of the Uganda Association of External Recruitment Agencies (UAERA), held in Stanbic Bank. The money is then transferred by cheque to Yassin Abdulaziz’s personal account held in Stanbic Bank Metro Branch,” he said.

Mpaka added the while the funds are used as an emergency for the external workers, it has been misused by a public servant to items of personal effect.

The Minister of Gender, Labour and Social Development, Janat Mukwaya in response, said that UAERA is a private and none public entity and registered as a company.

“The recruitment agencies were created to complement government efforts to monitor migrant workers abroad, and they decided to establish a fund that would monitor the migrants,” she said.

Lucy Akello (FDC, Amuru District) said that the staff at the foreign missions look for money to cater for Ugandans outside the country yet the same people have already paid money for this purpose.

“This fund is supposed to cover uncertainties that come up with the external labour recruits. They pay the money here and when they get there they suffer without any coin. These monies should be investigated,” she said.

The Deputy Speaker of Parliament, Jacob Oulanyah in his ruling referred the motion to the committee of Gender, Labour and Social Development.

“We need an urgent intervention on this matter. We shall refer this motion to the Committee who should consider it and return with seven days,” he said.

The Bank of Uganda, Personal Transfers Survey 2017 indicated that the Middle East was the second biggest source of remittances to Uganda (28.6%) after Africa (29%). Europe (20.7%) and North/South America (18.41%) were third and fourth respectively.

According to the Uganda Association for External Recruitment Agencies, there are 140,000 skilled and semi-skilled Ugandans working in the Middle East as blue-collar professionals as well as technicians, security personnel, porters, drivers, cleaners, housekeepers, catering and hospitality personnel.

Domestic workers only account for about 30%. The survey also showed that remittances benefitted up to 820,000 households and that $6 out of every $10 received, went to financing household expenses and education. 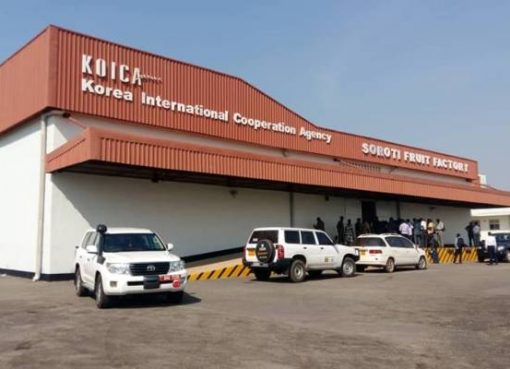