National Water and Sewerage Corporation (NWSC) has promised to end the perennial water shortages in Kampala, Wakiso and Mukono by March 2021, blaming the water crisis on the COVID-19 pandemic that hampered the contractor from completing the Katosi Water Treatment Plant in Mukono on time.

Eng.Silver Mugisha, the NWSC Managing Director made the reassurance today while inspecting ongoing works at the Katosi Water Treatment following the increased complaints from customers over dry taps in their areas.

“We are here to update the public about the works and I can assure the public that works are progressing very well. We hope to finish as the contract says mid February or early March 2021,” Mugisha said.

He added: “Of course Covid brought some challenges which the contractor has been working hard to overcome but we want to apologise to our customers in Kampala, people who have had intermittent water there, we have been rationing and we want to assure them that with this process we have seen here, within the next 1-2 months they should be able to get water.”

According to Mugisha, all civil works are done, the pipeline is done remaining with about 500meters. At the plant, the contractor is now laying the electrical-mechanical pipeline into the lake. With those works complete.

Mugisha added, “We want to assure the people of Kampala, Wakiso and Mukono that the problem of water they have been having will soon be history. We are going to add 160million liters of water per day on the 240million liters per day produced in Gaba Water Treatment Plant. That will make it 400m liters per  day and with the current demand of 300milliom liters per day, you can clearly see that water will be enough.”

The pandemic saw some of the contractor’s staff fall sick to Covid, while the lockdown affected movement of staff, and the closure of airspace delayed airlifting of equipment with the last batch expected by 15th January 2021.

However, the NWSC boss took a swipe at both the contractor Sogea Satom French based company and consultant Tractebel Engie Alliance Consultant Ltd, a Germany firm for failing to moblise enough staff at the plant and threatened to fine the contractor for delayed works if the site isn’t handed over by 15th February 2021.

“We have been promising people to get water by end of December 2020. People will always create demand. We aren’t working for Covid, we are working for customers. The mobilisation of worker isn’t enough on the job. We aren’t satisfied that people are fully mobilised to meet the urgent need of water in Kampala,” he said.

He added: “People aren’t working as expected. Why are people not deployed? Are there any Ugandan still on holiday..I was told Covid brought challenges but we can accept if you have fully mobilised. The deployment of staff fixing the works isn’t sufficient but there is equipment that has to be brought in the country.”

The Director Engineering Services, NWSC, Eng.Alex Gisagara said the water Pipes being laid have a lifespan of 50years. Katosi Water Treatment Plant is sitting on 25hectares of land from National Forestry Authority and the cost of project is Euros212 Million a loan from European Union and partly funded by Government.

Gisagara said at the moment, the contractor is levelling bottom of the lake for the pipes to sit on that will pump water from Lake Victoria to te treatment facility.

He also said the most crucial panels haven’t yet arrived in the country and paper work had been done and URA cleared the equipment for tax exemption. 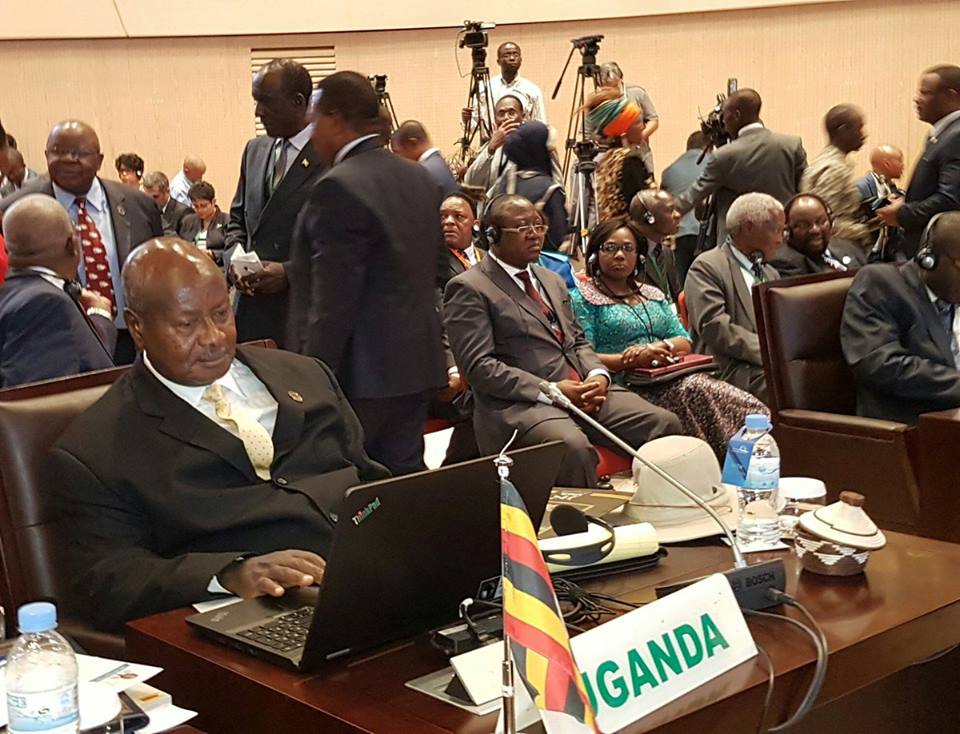 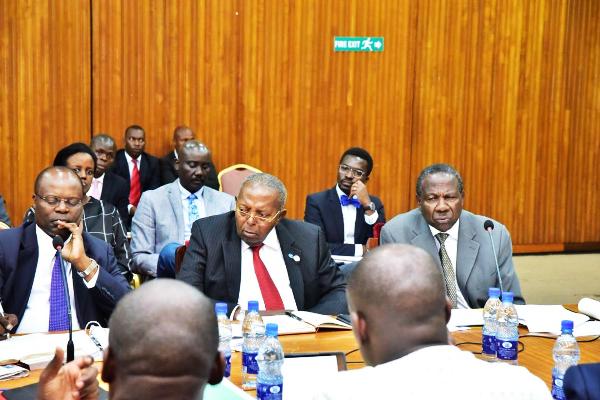