Kenyan fishermen have appealed to the government to initiate talks with Uganda to repeal the high fishing tariffs it imposes on Kenyans, Business Daily.

Uganda’s tight regulations direct that noncitizens on fishing expeditions must pay an annual fee of USh2 million (about Sh54,000) per vessel.

The Ugandan authorities have given the fishermen a one-month ultimatum to remit the fee or risk being arrested.

The announcement, delivered during a key stakeholders meeting that brought together over 300 fishermen from Kenya and Uganda at Lolwe Island a month ago, is sending shivers down the spine of fishermen as the August 31 deadline approaches.

The fisher folk led by Omena Beach Management Unit Chairperson Felix Musee said the “exorbitant” fees have limited their interaction in the lake for fear of being apprehended by Uganda marine officers manning the lake.

“Such regulations defeat the spirit of East Africa Community being spearheaded across the region. We urge the government to expedite the matter so that we have a shared resource that is conflict-free,” said Mr Muse.

He added that once Kenyan fishermen are in the unchartered waters, Uganda marine officers subject them to harassment where they are arrested and ordered to eat raw fish.

“Kenya has key rivers that offer good fish breeding sites before they move to deeper waters. Once you cast your nets in deep seas you are told you have crossed the border.”

His sentiments were echoed by the secretary of the unit, Mr Omondi Ndeke, who appealed to the government to fast-track the report by joint border survey committee that was tasked to review the border in the lake.

“We appeal to the government to hasten the survey of the border to end perennial tiff with Ugandans.”

The fees were imposed on non-citizens by Uganda authorities to discourage fishermen from venturing in its waters.

While admitting that the fees are extremely high, Tom Guda, the chair of Lake Victoria Beaches Association, urged fishermen to abide by the regulation as they seek a lasting solution.

He said they are pushing for the review of the regulations in bid to encourage fair playground and promote cohesion between the two sides.

“The regulation is deterrent and we are seeking to talk to Uganda authorities to review it under the East Africa common market protocol. We are looking into making business more accommodative to member partner states.” 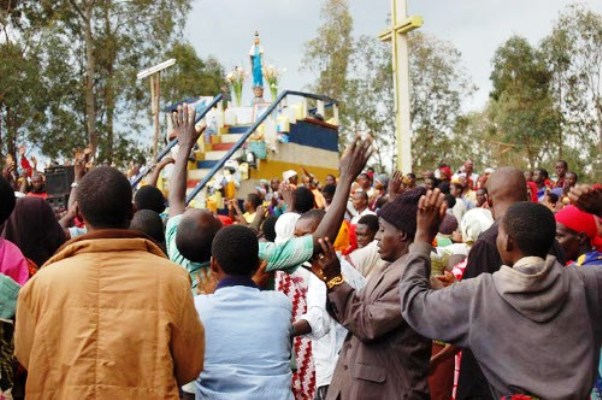