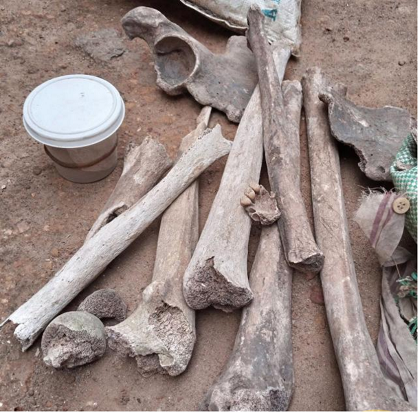 Some of the remains and bone powder which were recovered

The police in Kalungu district have arrested four people for exhuming and trading human remains.

The suspects are Deogratius Lukowe, 40, his wife Yudaya Namatovu 30, a businesswoman, Regina Nakyanzi and Dan Wassajja of Lutente village in Lukaya Town Council.

It is said that the couple would exhume, crash and grind the human bones to fine powder, and sell it to their clients in the Greater Masaka region, other parts of the country as well as Tanzania.

Led by the local authorities, the residents conducted an operation to recover the missing remains which had been stolen.   According to Farouk Buyondo, the Lutente LCI chairman, the couple were using their shamba-boy Wassajja to exhume the remains.

He says that trouble stemmed from failure to pay Wassajja for the job on different occasions which annoyed him.

Wassaja later informed the local authorities to help him get his payments.

Shortly after their arrest, Lukowe revealed that Nakyanzi had contracted them to supply her with the human bones and powder.

Muhammad Nsubuga, the Southern Regional Police spokesperson, confirmed the arrest saying a file SD Ref.10/01/2021 has been opened up for investigation.

Nsubuga explains that they are working with members of the affected families to ensure they get justice.

So far discovered remains are said to be for more than four people.     The affected family members led by Ibrahim Mivule, Sulaiti Bakulumpagi, Mwajuma Nakabuubi, and others say it will take a long process to identify the remains of their loved ones because they were mixed and some parts grounded to powder. 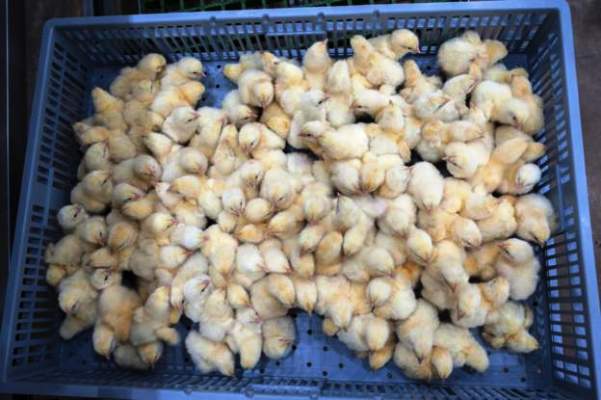 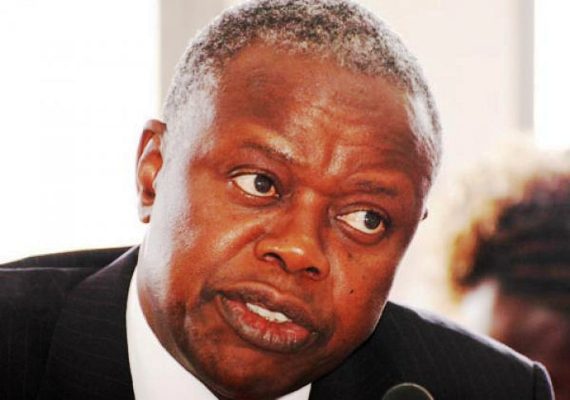