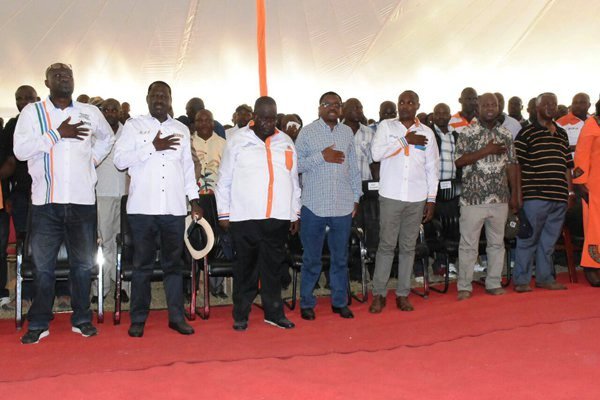 National Super Alliance (Nasa) leader Raila Odinga on Saturday declared he was not afraid of international sanctions against him for carrying on with his swearing-in as the peoples President, reports the Daily Nation.

Mr Odinga said he would sacrifice travelling out of the country if that would deliver Kenya from electoral injustice.

He maintained that his January 30 swearing-in ceremony was unstoppable.

Speaking during the National Resistance Movement (NRM) people’s assembly meeting in Homa Bay County, Mr Odinga said the country was at a crisis and needed to be liberated from dictatorship.

He said some ambassadors have been pressuring him to cancel the swearing-in.

“My friends abroad and ambassadors have been urging me not to take oath, cautioning me of sanctions and having my democratic gains tainted, but I’m not interested in travelling abroad as I am busy fighting electoral injustice in the country,” said Mr Odinga.

He said electoral injustice is becoming a norm in Africa, where incumbents rig themselves to power.

The Nasa principal mentioned the Democratic Republic of Congo (DRC), Burundi, Togo, Uganda and Rwanda as examples of nations under dictatorial regimes.

“African nations are today holding elections as rituals where incumbents must win the elections,” he said.

His co-principal Kalonzo Musyoka said it was no longer possible to dialogue with Jubilee because time has run out.

He urged the African Union to take note of an emerging conflict in Kenya, saying the Tuesday swearing-in will be the beginning of the struggle.

“We might not have the army like our counterparts in the government but the whole world will know that the people of Kenya have spoken and need their choice to be respected,” he said.

Nasa co-principal Musalia Mudavadi said they stopped Mr Odinga and Mr Musyoka from taking oath when the pressure was high in November and December.

“The pressure is now too much and we have to swear in our leaders,” he said.

Siaya Senator James Orengo said the swearing-in was legal and the Nasa legal team was ready to defend it in court.

“We have no alternative but to swear in Mr Odinga. I am a lawyer and I know how to use the records well,” he told the charged crowd.

The leaders asked the Independent Electoral and Boundaries Commission (IEBC) to open their servers so that Kenyans can know who won the August 8 presidential election.

Mr Odinga said that the court nullified President Uhuru Kenyatta’s August 8 election but did not cancel the results.

They urged IEBC to produce their results instead of merely dismissing Nasa’s compiled results, which showed that Mr Odinga won by more than eight million votes.

Other leaders who called on the electoral commission to take responsibility over the “political mess” in the country were Minority Leader in the National Assembly John Mbadi, Junet Mohamed, Peter Kaluma and Gladys Wanga.

The meeting was also attended by governors and their representatives from Migori, Kisumu, Siaya and Homa Bay.

More than 30 MPs and senators attended the function and said they support MR Odinga’s swearing-in on Tuesday.

They began their meeting at Tourist Hotel in Homa Bay Town where they met more than 500 delegates of the people’s assembly from Nyanza. They then addressed a public rally at Homa Bay County Stadium. 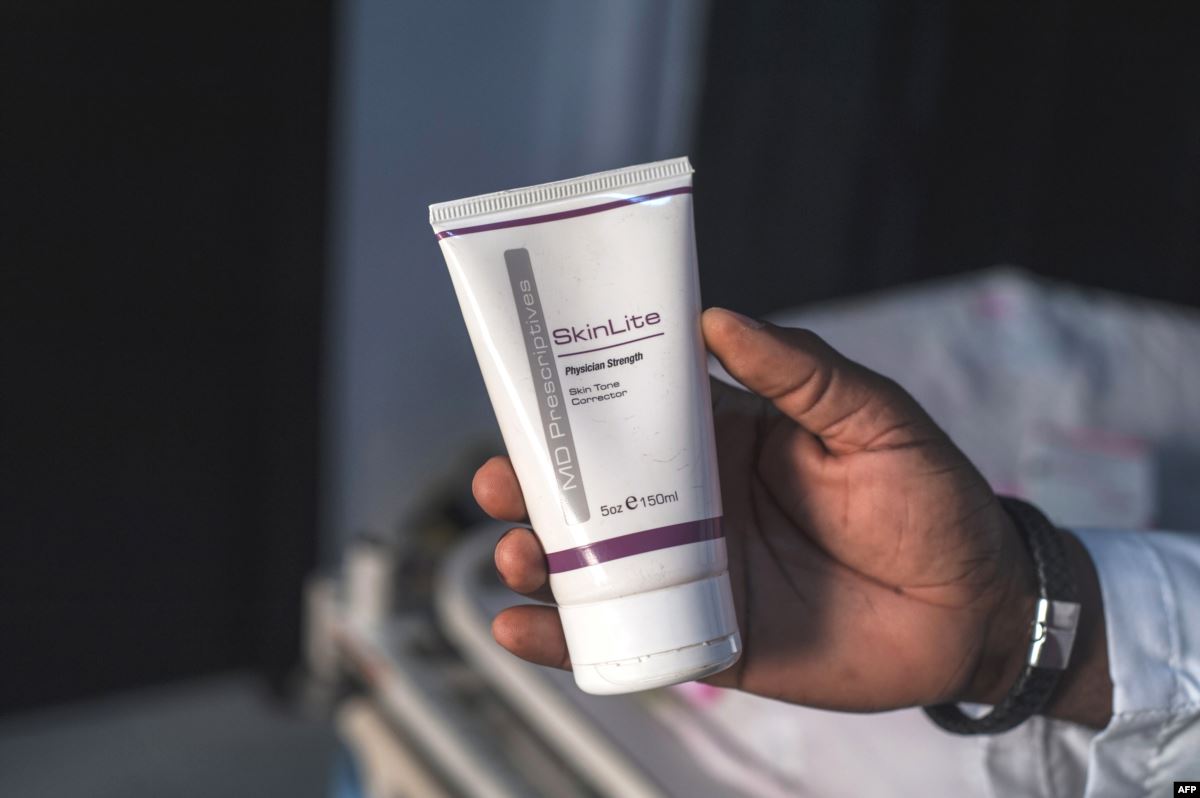