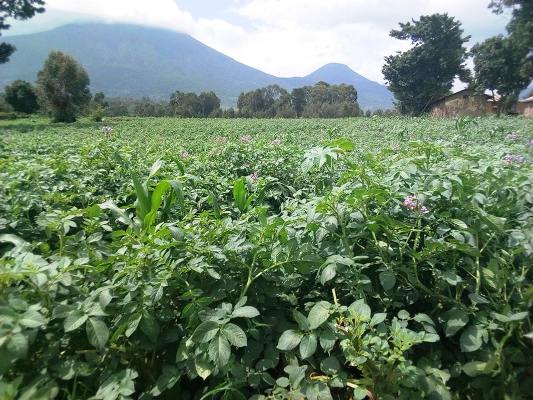 Irish potatoes is one of the crops that can easily make one a millionaire-only if they do the right thing. In Uganda, Irish potato growing is increasingly becoming commercial, thanks to the growing demand resulting from the increase in townships, population and hospitality industry.

For farmers looking to venture into the business of growing Irish potatoes, below are the steps that will help you earn big from the crop.

Step 1: Choose Seed Potatoes
Start with organic, certified disease-free seed potatoes obtained from a catalog or farm store. (Supermarket potatoes that have been treated with a sprout-retardant are not suitable for planting).

If you buy from a farm store, try to select tubers which have already sprouted. Otherwise, pre-sprout them by simply laying them out on your kitchen counter. Pre-sprouted potatoes can be harvested a few weeks earlier than their non-sprouted kin.

Step 2: Separate the Eyes
Only small, golf ball-sized potatoes should be planted whole.
Cut large tubers into pieces so that each segment has two or three “eyes”, the little bumps from which sprouts emerge. The reason for cutting the potatoes is because the many eyes on a large potato will create a crowded, multi-stemmed plant, with each stem competing for food and moisture, and in the end, bearing only small potatoes.

Step 3: Cure the Cut Pieces
Next, “cure” the cut pieces. Either set them out in the sun, or place them on a table or counter in a warm (about 70°F), moderately lit room for three to five days. This step permits the cuts to become calloused. Calloused seed potatoes will help prevent rot.

Step 4: Plant Your Potatoes
Plant each potato segment cut-side down (eyes up) in a 6-inch-deep hole or trench. Space each segment 12-inches apart on all sides.
Between each segment, sprinkle 2 tablespoons of a low-nitrogen, high-phosphorous fertilizer. Then cover both potatoes and fertilizer with 2-inches of soil, and water the soil well.
When should you plant potatoes? This will vary depending on where you live. Gardeners in warm climates often plant around Valentine’s Day, while those in cooler areas may get them into the ground near Easter. A good rule of thumb is to aim for 3-4 weeks prior to your last frost date.

Step 5: Hill Around the Stems
Because new potatoes form on lateral stems, or “stolons” above the seed potato, it’s necessary to “hill” the vines. When the green sprouts achieve 8 inches in height, bury all but their top 4 inches with soil, chopped straw, or shredded leaves. Hill again when vines grow another 8 inches. The more you hill, the more prolific your harvest is likely to be. Usually hill yours to achieve a height of 18 inches. Stop hilling when the vines flower.
Potato tubers, like vampires, need to live in darkness. In fact, they will turn green if exposed to light. And a green potato can cause sickness if consumed. Therefore it is absolutely essential to keep the tubers covered with soil or mulch. 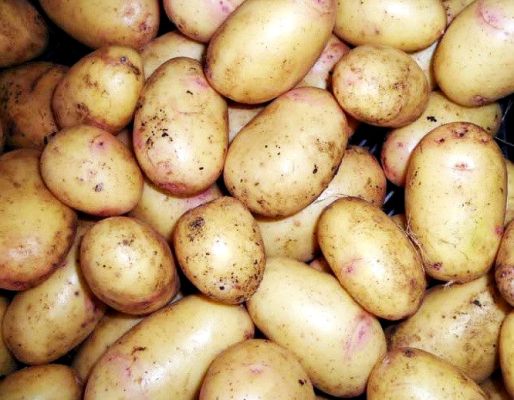 Two weeks after the vines have flowered, you can, if you wish, reach into the soil or mulch and retrieve a few baby potatoes. Otherwise, wait until the vines die back. Dead vines signal that the tubers have reached maturity. Now reach into the soil with your hands and pull the tubers up.
How long do potatoes take to grow? Small new potatoes can be ready as early as ten weeks. However, full sized potatoes take about 80-100 days to reach maturity.

Step 7: Store Your Potatoes
Since your potatoes are grown for storage, leave them in the ground until cool weather arrives. Why? Because potatoes will only store well if they are placed somewhere cold, but not freezing. The closet in your mudroom doesn’t cool off until the outside temperatures plunges to 45° at night. So harvest time for you is usually a sunny day in late October.
After digging the tubers, let them sit on top of the raised beds for a few hours to dry, as illustrated. This brief drying-period toughens their skin, and prepares them for storage. Then gently brush off any loose soil from the tubers, and place them in double thicknesses of paper bags.

Preventing Potato Blight
The dreaded fungal disease known as the “potato blight” (Phytophthora infestans) was responsible for the Irish potato famine and can destroy your entire crop, too. To reduce the chance of infection, never plant potatoes (or tomatoes and other members of the nightshade family, such as eggplants or chili peppers) in the same patch of land without leaving an interval of at least three years. Also, promptly remove any volunteer potatoes that emerge in your garden. The disease overwinters in tubers left behind during the previous year’s harvest.

Sourced from Ministry of Agriculture

19 thoughts on “How To Profitably Earn From Growing Irish Potatoes” 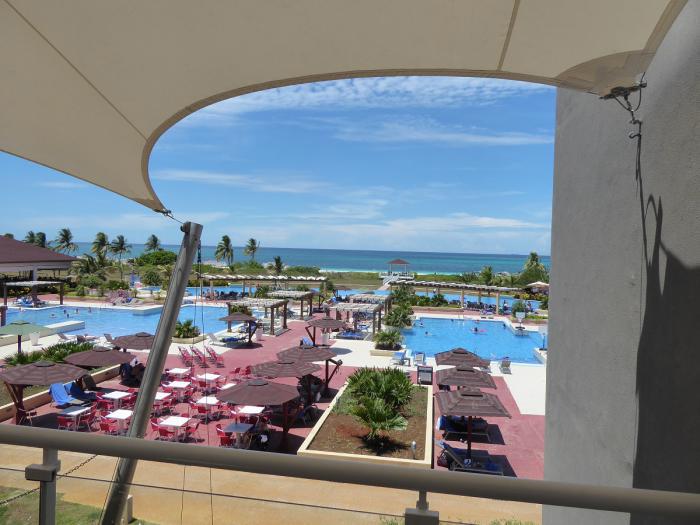 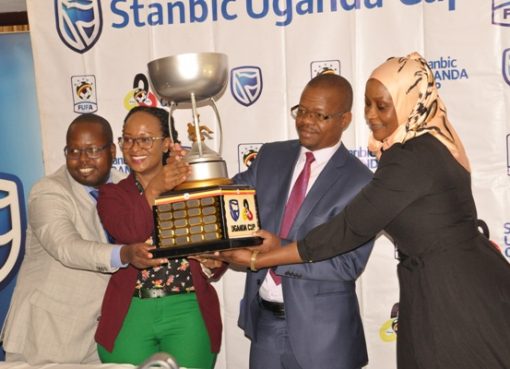 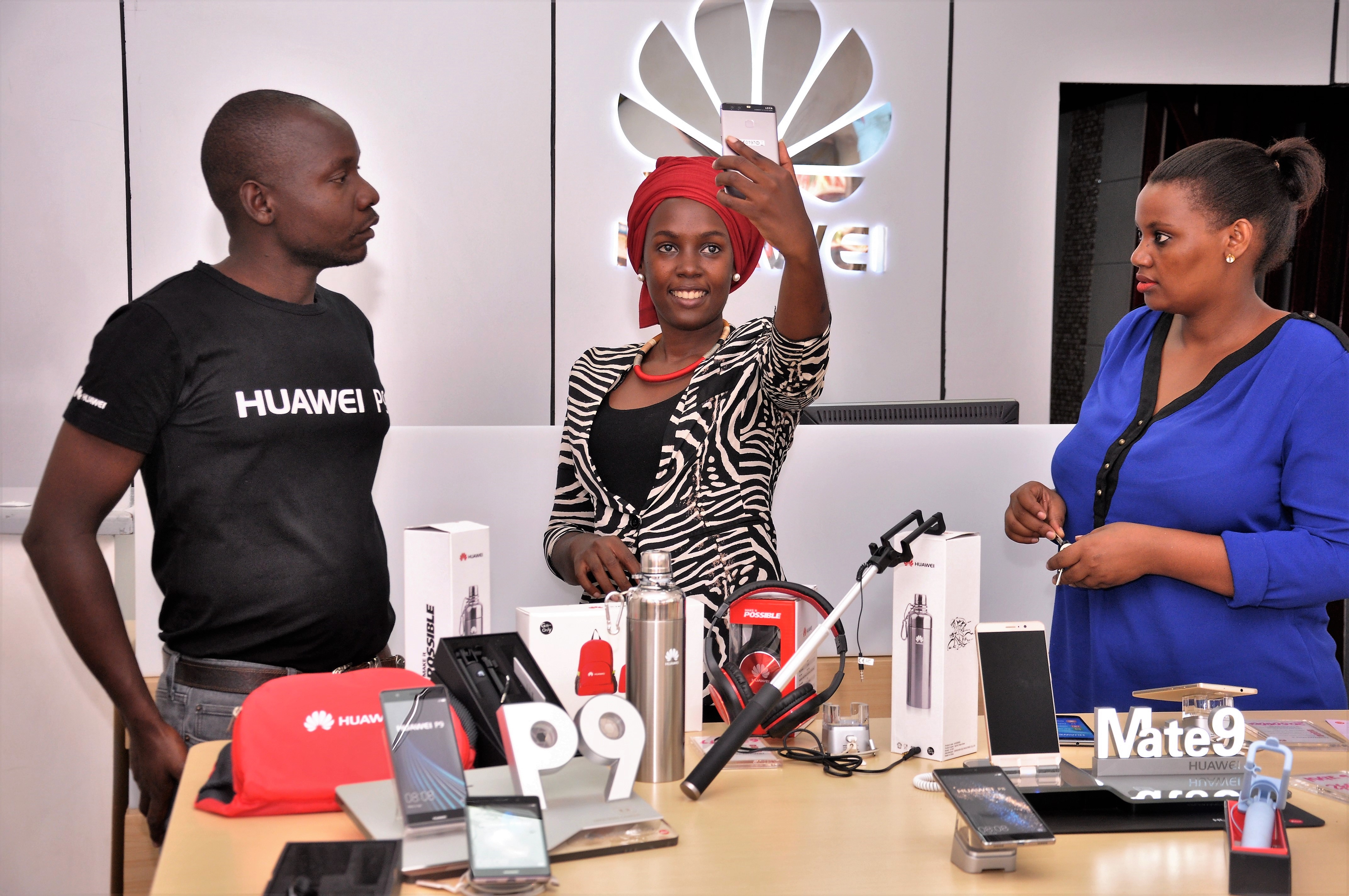