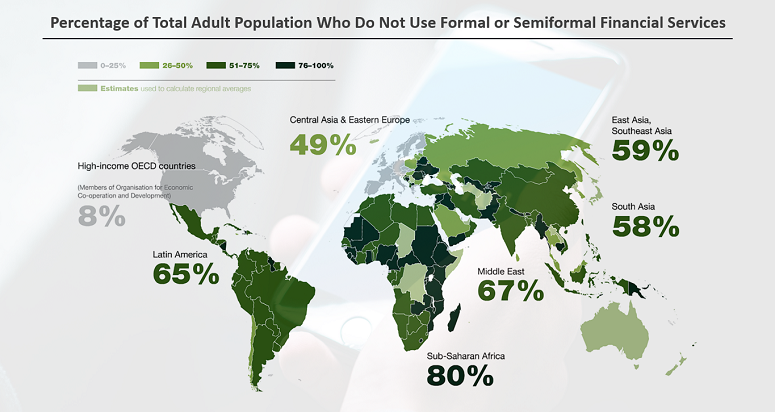 With a rapidly growing population, and a younger generation of tech savy workers  n, Africa is poised to become the next global market leader. Today the continent’s population is over 1.4 billion . The advancement in technology, propelled by the urgent need to reconcile demand and supply has led Africa to work  towards being  increasingly competitive on the international scene. Despite tremendous advancements in trade and improved financial accessibility and communication technologies, a huge part of the continent is still unbanked. The circuit of internet accessibility and reliability is growing exponentially on the continent, but nevertheless, the majority of consumers still don’t have access to bank services. The reality is even worse when it is gender compared. The UN Women data shows that approximately 1.3 billion women in the world are unbanked, of which ¾ of that population have never owned a bank account. There is no doubt that, to ensure traceability for micro economic aggregates, it is important to be able to account for the population which constitutes that economic projection through their financial flows. This has also been a huge impediment to ecommerce.  Despite their willingness to operate on every corner of a given territory or continent at large, our population, especially women are still held back by this challenge. Africa’s large unbanked population is mainly caused by poor infrastructures (transportation networks, communication networks), low literacy rate (that is the ability to understand and use certain services and technologies), government red tapes and myriads of technological barriers. Companies like Jumia, the leading e-commerce platform in Africa, however, have learned how to bypass this setback with services such as JumiaPay.

Data from penser, a specialist consulting firm focused on the payments and Fintech industry, outline that sub-Saharan Africa alone has the tremendous potential to house Fintech and ecommerce, as well as ensure their survival and continuity over time. This explains why the ecommerce leader in Africa, Jumia, founded mechanisms to overcome bottleneck challenges, as well as geographical and technological means to satisfy its ever-growing market in Africa. With its presence in 12 African countries and the advent of the COVID -19, the market for ecommerce and Fintech was both challenged and faced significant changes. It was both a time to re- think and , re-invent the new normal of ecommerce for our  unbanked population with limited resources, which is o also faced with  geographical and sanitary barriers.

Generally, ecommerce greatly prosper in territories where the greater part of the consuming population has access to first; national IDs or any official document which will permit them to obtain or have access to banking systems (bank accounts, access to credits, bank cards etc); but also, most especially in areas where the population is ready to embrace new technologies and where the government has made available the necessary infrastructures and policies to welcome such companies.  The particularity with Africa at large is that ecommerce or Fintechs don’t only have to face government barriers, but internet penetration, geographical possibilities, education and also limited financial resources (of populations) to subscribe to these services.

In recent years, a more effective approach was developed by Jumia, that of mobile payments to replace payment on delivery. This did not only revolutionise the ecommerce sector, but also how Fintech could better apprehend the problem of accessibility to unbanked population. As more people are beginning to use smart phones on the continent, it becomes easier for them to profit from online banking services without necessarily vising a bank. With JumiaPay, the main Fintech incorporated technology of Jumia, customers can now recharge their phone, pay utility bills, make hotel reservations, book a ride, order food from their favourite restaurants and more.

Forging innovation yet challenging future ahead

This innovation comes at an important time as cash on delivery becomes more challenging and difficult to monitor. Also, it has created unprecedented access to unbanked populations in Africa, which reached its climax during the Covid-19 era as government barriers didn’t permit people to continue trading using the traditional methods (physical exchanges, supermarkets purchasing just to name a few). The service gives users a high secured mode of payment, which puts them at the centre of every operation. Once on the app, users can access it via their fingerprint or pattern lock. Also, no payment is completed on the app without sending an OTP (One Time Password) via a registered phone number or email. That way, the customer can be assured no unwanted transactions can be performed. Furtherance, customers get an email for every transaction performed on the app, ensuring traceability, trust and accountability for all. These features have permitted more unbanked population to embrace Fintech services, but also to permit those who never wanted to let go of physical money to trust mobile money services. In this way, customers can follow their money online while reducing the stress for former banking systems.

Creating regulations that work for all

Over the past decade, Africa has gradually become the global leader in mobile financial services. This has been proven within the start-up ecosystem, which was largely driven by Fintechs, accounting for about 25% of funding attracted by start-ups in 2020. Although this success is unevenly distributed on the continent with major markets in Nigeria, Egypt, South Africa and Kenya, regulators (governments and non-governmental) in emerging markets (Ivory Coast, Ghana, Senegal, Cameroon) are showing a strong commitment to the growing sector. Fintechs have helped to boost financial inclusion on a continent where there are only five bank branches per 100.000 people, compared to 13 in other parts of the world. The Africa Financial industry summit for example has since called for an enabling environment and harmonised financial regulations to create sustainable innovation culture which will help Fintech firms expand their footprint in Africa. Moreover, financial institutions such as commercial banks are now embracing Fintechs and partnerships with them, as the relationship is mutually beneficial: Fintechs need banks to scale and banks benefit from their innovation and service offerings as the case of Jumia Pay.

Regulators are beginning to engage earlier with them, enabling the right environment to test their products and systems and offering support in risk management. They oversee consumer protection and protect depositors and financial stability by ensuring that they’re truly beneficial to consumers. This has been the case with countries like Morocco and Tunisia which are trying to catch up the trend of Fintechs as an element of development.

A promising Africa for a sustainable and equitable development

Conclusively, Financial technology has never been this important and crucial during an era of sanitary challenges (that is Covid 19), as it has considerably helped in eliminating the need for cash and allowed customers to maintain physical distance from cashiers to reduce the risk of spreading the virus. It has also helped SMEs that provide at home services to stay in operation, as their customer base could pay for goods and services remotely as the case of Jumia pay. It is thus important that regulators (governmental and non-governmental), and the population in general be able to quickly embrace Fintechs. Fintech is transforming the banking world and traditional business models and there is a clear growth potential for it in Africa, overwhelming regulatory hurdles remains a challenge which can be overcome, but it remains an essential part of all our futures, thus the need for governments, regulators, investors and entrepreneurs to work in symbiosis.

Siyanda Makhubo is the Group Public Relations and Communications Manager for Jumia since December  2021. He holds a Bachelor’s Degree in Economics, Law and Sociology, an Honours Degree in Marketing and Communications, a Post Graduate Diploma in Business Administration and is currently studying for an MBA with the University of the Witswatersrand.

One thought on “Fintech: An Access Route To Unbanked Populations In Africa” 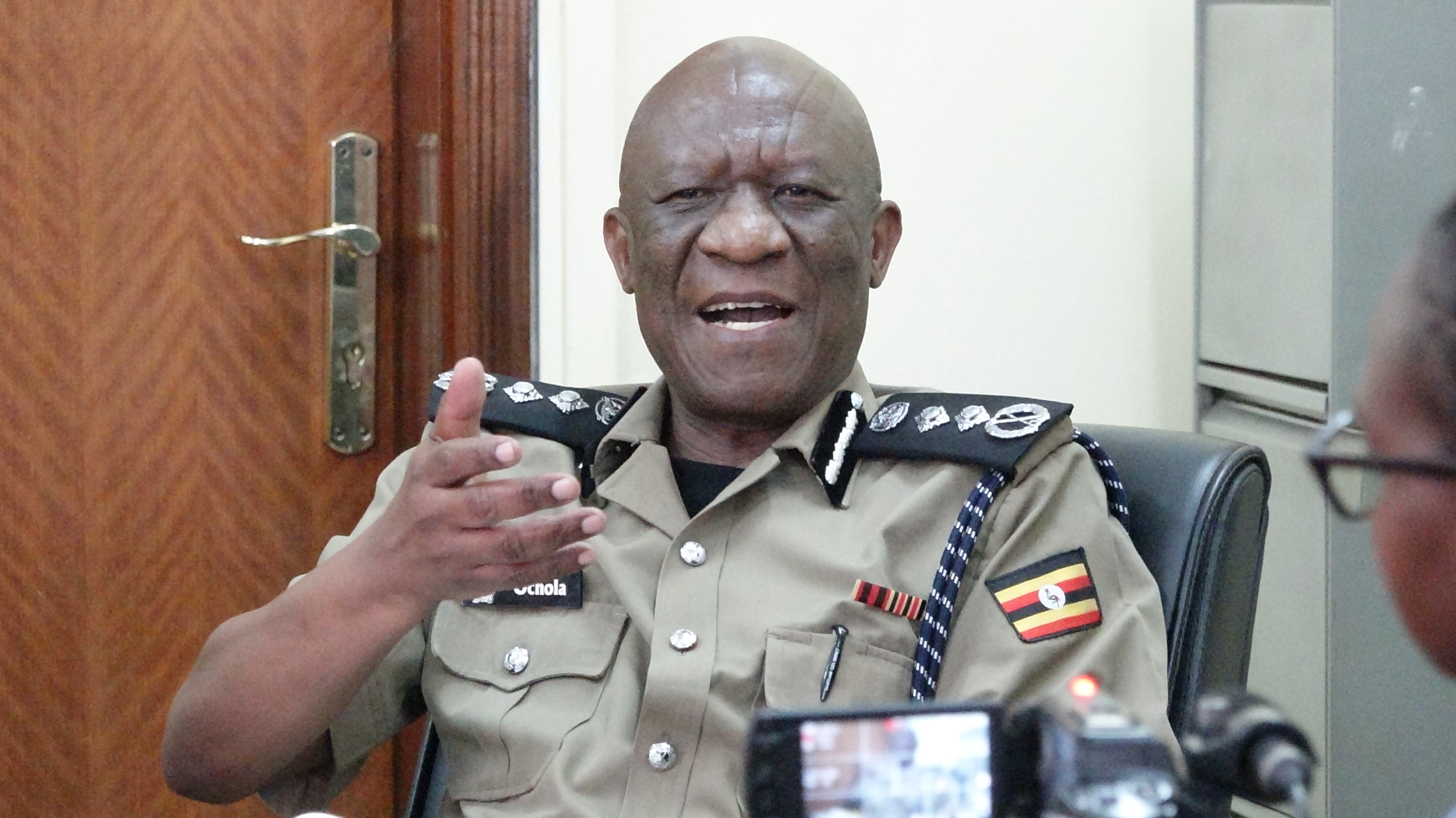