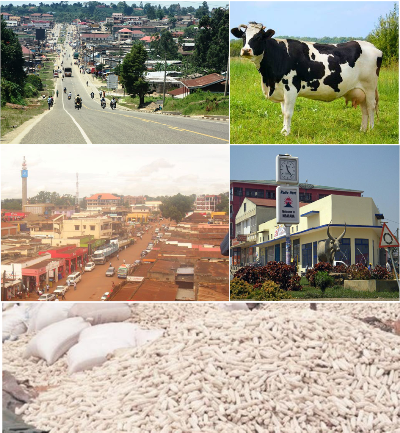 It’s a public secret that Uganda is one of the most enterprising countries globally. In 2015, the Global Entrepreneurship Monitor (GEM) ranked Uganda the world’s most entrepreneurial country.

According to GEM, 28% of adults own or co-own a new business.

This is quite understandable; with over 400,000 young people entering the job market annually, for a mere 9,000 new jobs each year, many are left with no option, but to join business/entrepreneurship for survival.

However, many have concentrated in Kampala, where many similar businesses operate. This is probably because 80% of the country’s tax revenue comes from Kampala alone, according to Uganda Revenue Authority (URA).

It means most of the economic activities and a big percentage of people in the money economy are in Kampala.

However, there are huge investment potentials outside Kampala, thanks to the increase in population and growth of other towns.

It is worth noting that unlike in the past, traders no longer have to travel to Kampala for shopping because wholesale traders are shifting to strategic upcountry towns.

It is against this background that Business Focus unveils a list of towns with huge investment potentials in Uganda. The list is based on the prevailing economic activities in the town and its surroundings, location, population and rate of growth. This will go a long way in guiding people who want to start business in Uganda.

Mbarara is one of the fastest growing towns in Uganda. It has surpassed many traditional towns to become the second-largest town in Uganda after Kampala.

The town also has a number of industries and education institutions, making it a viable investment destination.  It is also one of the most populated towns in Uganda with close to 100,000 people.

It is also worth noting that many men and women are increasingly thronging Mbarara over the weekends to spend their quality time in the horn of Ankole. It will probably become Uganda’s leading red-light district. Needless to say Mbarara Municipality is gunning to be granted a city status. Many of the services in Kampala if shifted to Mbarara will have market.

There are investment gaps in tourism industry, hotels, agricultural value addition, entertainment and recreation, healthcare, education and general trading among others.

There is a plan to make Mukono part of Kampala Metropolitan Area.

The town is fast growing considering the fact that many people who work in Kampala reside in Mukono. There are also many factories being set up in Mukono especially in Mbalala area. Therefore, any investment in hotels, food/ restaurant, education, healthcare, entertainment and agricultural value addition will make money.

Additionally, Mukono is Uganda’s third most populated town after Kampala and Nansana. In 2014, the national population census put the Mukono population at 161,996.

Like Mukono, Wakiso is nearer to Kampala and therefore, many people who work or do business in Kampala reside in Wakiso district. Wakiso town is located on the Kampala–Hoima highway, approximately 20 kilometres north-west of Kampala.

Several businesses can thrive in Wakiso. Nansana Municipality is located between Kampala and Wakiso town.   It is one of the fastest growing and expanding towns in Uganda.

In fact, its population beats that of Wakiso. In 2014, the national population census put Nansana population at 365,124. Areas of investment include hotels, restaurants, education and healthcare among others.

In simple terms, businesses operating in Kampala can also do well in Nansana.

Jinja, located about 81 kilometers, by road, east of Kampala was Uganda’s industrial hub for a long time. It has since been dethroned by greater Kampala. However,   the new industries are emerging in a bid to revive the town’s lost glory.

Jinja is also strategically located on the shores of Lake Victoria and boasts of a number of tourist attractions including The Source of River Nile among many others.  Investment opportunities in areas of tourism, agribusiness, entertainment, education, value addition (industries), healthcare and real estate among others exist. Many businesses operating in Kampala can easily thrive in Jinja. With a population of 93,061 people, Jinja is one of the most important towns in Uganda.

Hoima Municipality is one of the fastest growing towns in Uganda, thanks to the discovery of oil in the area. Hoima is Bunyoro’s largest town and is home to the Omukama (king) of Bunyoro.

A few industries have already opened up in Hoima. There is huge potential in hotels business, food and restaurant business, tourism, education, entertainment and recreation, real estate, healthcare and value addition among others.

Hoima has an estimated population of over 39,000 people, but it is expected to increase given the increasing business activities in the area.

Lira is approximately 110 kilometres by road, southeast of Gulu and approximately 320 kilometres, by road, north of Kampala. Like many towns in Northern Uganda, Lira is recovering from Lord’s Resistance Army (LRA) insurgency.

A number of established businesses were destroyed by Joseph Kony’s rebels in the 20-decade war.

With peace prevailing now, Lira is one of the towns to invest in. Lira, with 119,323 people is among the top five populated towns in Uganda.

“Lira being the mother of all the districts in Lango sub-region and with big population should have a museum. We have had our own sons – from President Milton Obote to Oyite Ojok to George Cosmas Adyebo, among many others. These people [all dead] must be remembered in all ways and by having a public building with their sculptures, many would love to visit the museum and see them,” Akwam said.

“This will also help promote local tourism which has been launched this year and also to promote cultural heritage whose benefit can serve the entire sub-region,” he added.

Majority of the population in Lira district depend on farming for survival.  The town also boasts of a few agro based industries.

Gulu is the economic capital of the Northern Region and the headquarters of the Gulu District.  After the two decade LRA war in Northern Uganda, Gulu Municipality is now a hive of activity, with a number of local and international investors already having presence in the district. With a population of over 140,000, Gulu is no doubt one of the key towns you can invest in. Almost all major investment areas remain hugely untapped.

Fort Portal Municipality is one of the most attractive and cleanest towns in Uganda. It isapproximately located 297 kilometres, by road, west of Kampala.

Besides being attractive itself, Fort Portal is surrounded by many tourist attractions. Therefore, more investment opportunities in areas of tourism, hotels, entertainment and recreation, health, education and agricultural value addition exist.  The town is also surrounded by several large tea plantations. In terms of population, the town is home to over 42,000 people.

Tororo town is one of the growing towns in Eastern Region and Uganda at large. It is the main municipal, administrative, and commercial center of Tororo District. The town hosts two cement factories and other agro based industries. With a population of over 40,000 people, Tororo has huge investment potential in areas of hotels, tourism, education, entertainment, and healthcare among others.

The town also has several tourist attractions including the famous Tororo rock.

Busia town located in Eastern Uganda is the main municipal, administrative, and commercial center of Busia District, with the district headquarters located there.

Busia is at the border with Kenya and is approximately 195 kilometres, by road, east of Kampala.  The town is a hive of activity and being at the border with Kenya is ideal for almost any business. Potential areas of investment include hotels, restaurants, banking, education, healthcare, entertainment, general trading and agribusiness among others. Busia is home to 43,200 people, making it one of the most populated towns in Uganda.

Kisoro is approximately 460 kilometres, by road, southwest of Kampala and is arguably the largest town in the Kigezi sub-region.

With a population of over 12,000 people, Kisoro town is surrounded by several tourist attractions, making investment in tourism related services ideal.

Kisoro is located under the peaks of the Mufumbiro Mountains, which are part of the Virunga Mountains and home to rare mountain gorillas. Mountain scenery, Lake Mutanda, colorful markets, and volcano trekking also are available for visitors to Kisoro.

It is the nearest town to the Mgahinga Gorilla National Park and is an access town for those traveling to Rwanda or the DRC for gorilla tracking in the Volcanoes National Park or the Virunga National Park.

Therefore, investments in hotels, entertainment, trading in general merchandise, education and healthcare among others can have a return on investment in a short period of time.

Masaka is approximately 140 kilometres south-west of Kampala on the highway to Mbarara. The town is close to the Equator. The town is estimated to have over 65,000 people.

Most of the people are farmers with both cattle and other crops like coffee. Key areas of investment include agricultural value addition, hotels, education, healthcare and entertainment among others.

Mbale is approximately 245 kilometres by road, northeast of Kampala. In 2014, the national population census put the population at 96,189. People in the area grow coffee, Uganda’s leading cash crop.

Mount Elgon, one of the highest peaks in East Africa, is approximately 52 kilometres east of Mbale.

Areas of investment include industry, tourism, hotels, entertainment, education and healthcare among others.

Mpondwe is located in the Rwenzori Mountains in Kasese District. The town is at the border with the Democratic Republic of the Congo (DRC). Bwera is another settlement to the immediate east of the Mpondwe border crossing. The Mpondwe Town Council incorporates Bwera, and in this article “Mpondwe” refers to the combined “Mpondwe-Bwera” metropolitan area.

Mpondwe is one of the three busiest border crossings between Uganda and the Democratic Republic of the Congo, namely, Goli, in Nebbi District, Bunagana, in Kisoro District.

The town is the busiest border crossing between the two countries, based on volume of exports and imports. The national census in August 2014 put the population at 51,018. Areas of investment include hotels, trading in general merchandise and entertainment among others.

One can also invest in Kasese town especially in tourism related services.

Investments in areas of tourism, education, entertainment and recreation and hotels among others can make money. 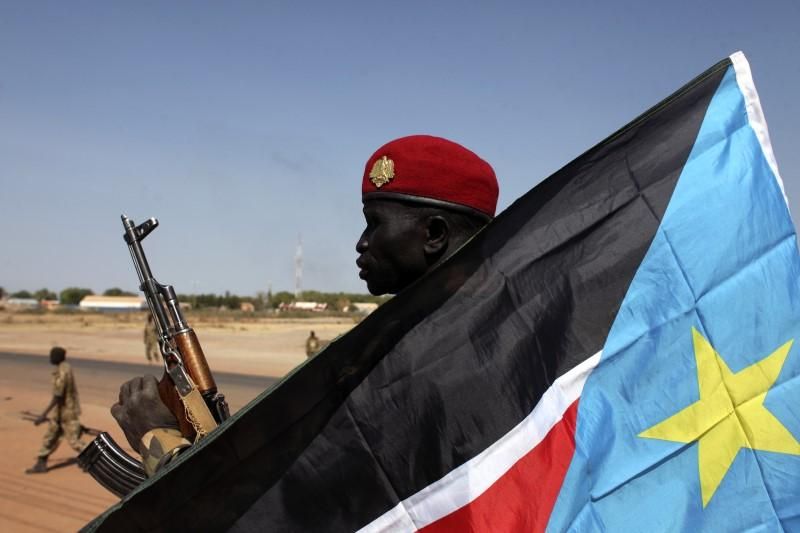 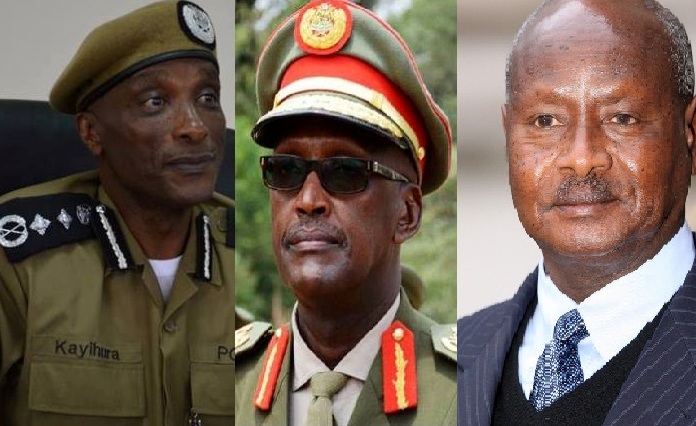