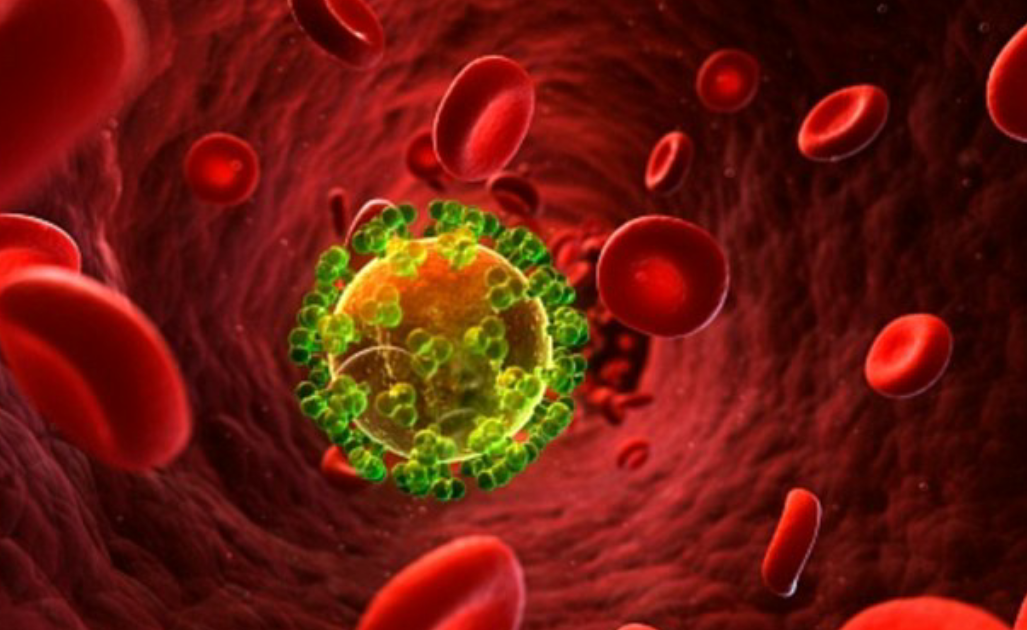 Scientists may have just taken a crucial step towards finding a cure for HIV after a new breakthrough.

Scientists found a protein that flags up immune cells harbouring hidden pools of the AIDS-causing virus – one of the reasons a cure has remained elusive.

While current drugs can keep HIV at bay, a few cells remain infected, so the disease cannot be cured.

Roughly one in a million CD4 T cells in an individual receiving antiretroviral therapy is latently infected.

In lab experiments on the blood samples of 12 HIV patients his researchers analysed immune cells called CD4 T that produced a green fluorescent protein when they were infected.

This pinpointed the CD32a lymphocytes – white blood cells that protect the body from infection – that were only expressed on the surface of dormant HIV cells.

Virologist Dr Monsef Benkirane, of Montpellier University in France, said: ‘The persistence of the HIV reservoir in infected individuals is a major obstacle to the development of a cure for HIV-1.”

‘Our discovery that CD32a lymphocytes represent the elusive HIV-1 reservoir may lead to insights that will facilitate the specific targeting and elimination of this reservoir.’

Professor Douglas Richman, of the Centre for AIDS Research at California University in San Diego who reviewed the study for the journal, said: ‘This highly selective marker for latently infected CD4 T cells could at last allow researchers to investigate the mysterious mechanisms of latency – without needing to find the one cell of interest in a million..

‘The marker might also be helpful in analysing the success of candidate drugs that aim to target this reservoir.’

The new Nigerian economy: Abuja turns to agriculture and minerals