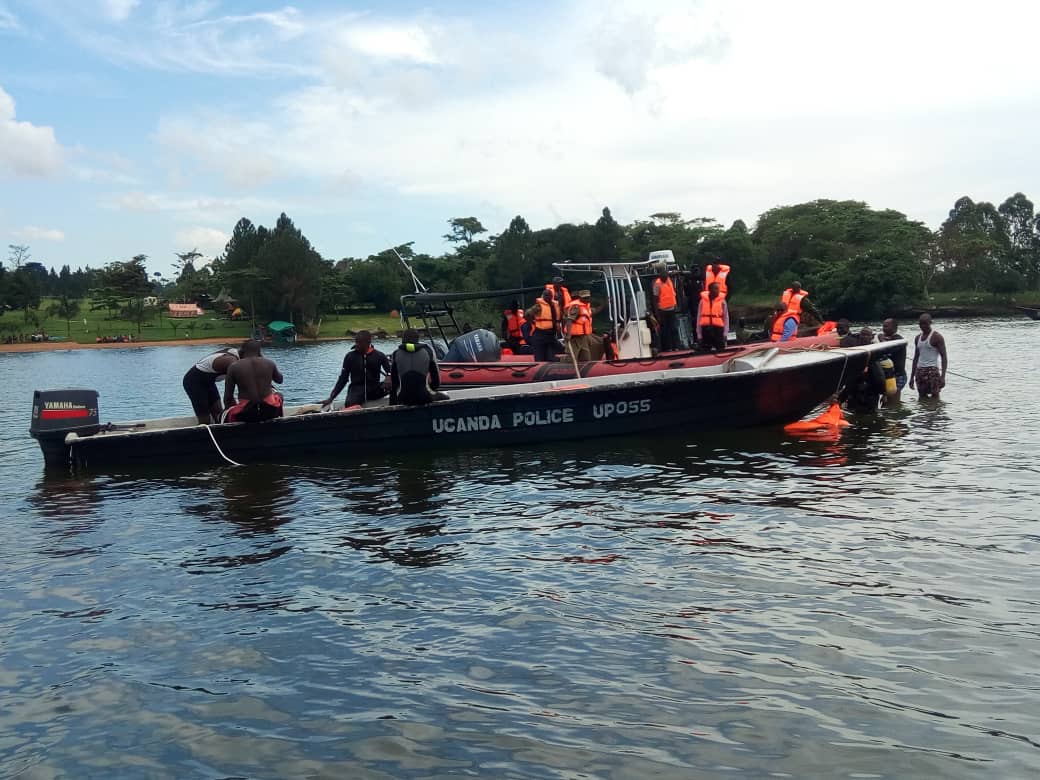 Uganda’s Police and UPDF Marine Units are planning to pull the ill fated boat wreckage out of Lake Victoria so as to establish if there are more bodies still trapped under.

This was revealed by the force on Monday morning, the third day of the rescue operations on Lake Victoria following Saturday’s disaster that has since claimed more than 30 lives.

The vessel was carrying close to 100 people when it sank on Saturday near Uganda’s capital, Kampala.

Ugandan media named a number of well-known people said to be on the boat. Buganda Kingdom’s Prince Daudi Kintu Wasajja who was also on the boat, survived.

Scores of people died when a ferry sank on the lake off Tanzania in September.

More than 20 people have been rescued from the water, police say, but an unknown number remain missing.