2019 promises to be an exciting year for Uganda’s banking sector as smaller banks aim to take on the ‘big boys’.

Banks are set to build on gains registered in 2018 to offer more customer-friendly products and services.

According to Bank of Uganda (BoU) private sector credit increased to 12.2% going by September numbers, while the ratio of Non-performing Loans (NPLs) to total loans in the banking industry reduced from 5.6% as at the end of 2017 to 4.4 percent as at the end of September 2018.

The improvement in the banking sector is largely attributed to increased economic growth in 2018.

None the less, analysts say while the banking sector looks solid, industry profit is set to reduce due to the introduction of the International Financial Reporting Standards 9 (IFRS 9) that took effect on January1, 2018.

Unlike before, the new rules require all commercial banks to put aside money to cater for expected losses from the loans that they give out. This means that commercial banks require more money at hand if they are to give out loans or expected credit loss (ECL) provisioning.

This will definitelyimpact on profitability and capital adequacy.

However, Dr. Tumubweine Twinemanzi, the Executive Director, Supervision at BoU says “IFRS9 will have no big impact on banks’ capital because they are all well capitalized.”

Twinemanzi says total industry assets grew to Shs28.8 trillion in the first eight months of 2018 and this could go higher by end of December.

Total industry assets stood at Shs26.5 trillion at the end of December 2017.

“Banks are more prudent, so we expect a reduction in NPLs and more lending from banks to private sector players,” Twinemanzi said in an interview.

He added that the sector has shown ‘significant resilience’ in 2018.

“Stress tests indicate that there are no liquidity issues in the sector; all banks remain well capitalized,” he added.

Uganda has 24 operating banks. However, the market is dominated by a few banks, a thing that could adversely hurt the economy in case one of them collapsed.

Stanbic, dfcu, Centenary, Standard Chartered (StanChart) and Barclays control over 60% of the industry market share, according to an analysis carried out by Business Focus based on 2017 financial results released in the first quarter of 2018.

These banks dominate all key parameters including profitability, assets, customer deposits and loans advanced to customers. They have been dominant for the last five years.

For example, the five banks control 61.66% of the total industry assets market share as at the end of December 2017.

Indeed BoU admits that the sector is saturated.

Responding to questions put to him by this reporter in December, Twinemanzi said banks have different niches, the reason why loss making banks continue to operate. In 2017, six banks made losses and some have been recording losses for many consecutive years.

“The banking sector is concentrated. That’s why there is a supervision system so that they don’t make a threat to the banking industry. Some are universal while others have a niche market; they have a particular business model. What is important is that they shouldn’t present a risk to the financial system,” Twinemanzi said.

However, smaller banks aren’t just watching big boys remain dominant; a number of smaller banks have good products and services and this is where agency banking comes in handy.

Banks are also increasingly becoming innovative through mobile/internet banking. For example, Ecobank Uganda has in a year attracted over 200,000 customers through its Mobile Banking App that allows customers and non-customers to open an Xpress Account to have various functions and features.

Tropical Bank also wants to take the lead in providing Islamic banking services. It is expected to launch this game-changing new product on the Ugandan market early this year.

Patricia Amito, the Head Communications & Corporate Affairs at Uganda Bankers Association (UBA) sees a brighter year for the sector. UBA is the umbrella body of the 24 banks.

During 2018, Amito says several banks were issued with Banc -assurance licenses and to-date 15 out of 24 members provide these services, an important step that UBA believes will contribute to growth of the formal insurance sector.

“We anticipate increased access to financial services/ financial inclusion especially to the underserved and unbanked population catergories in the rural areas, reduced cost of delivering financial service and more investment in tailored products that meet the demand of our target population and increased productivity across sectors,” Amito said of the outlook for the sector in 2019.

“…we are optimistic that domestic economic activity will continue recovering in 2019 and we will play our part, no doubt in collaboration with other stakeholders,” she added.

She explained that the banking sector has taken note of Government’s plans to rationalize its agencies, but there are concerns that should be considered before effecting it.

“We support rationalization as a principle, but have shared our specific concerns given the level of exposure banks are carrying and will continue to dialogue with government in this regard,” she said.

Amito explains that the banking sector 2018 registered positive growth of credit across all sectors in 2018 supported by a steady decline in the percentage ratio of non-performing loans averaging 4.4% and a relatively stable average lending rate of 19.1% p.a.

“Average monthly end deposit balances have risen to Shs20 trillion from Shs14.7 trillion in 2015 and the number of accounts in commercial banks increased from 4.5 million in 2015 to now 10.9 million,” she said.

According to UBA, the sector continues to register an increase in physical service points of presence with over 6,399 Agent Banking outlets in addition to the various alternative electronic banking platforms available.

“These numbers will be increasing year on year,” she said.

Amito says whereas the banking sector has registered great achievements over the years, just like any other sector, the banking industry faces some key challenges.

These include low banking penetration & financial literacy which still remains low especially in the semi urban & rural areas, high operating costs – with industry cost income ratio at 67%, a large chunk (nearly 20%) of the banking liquidity remains idle, 79% of the banks (19 out of 24) derive more than 60% of their income from Net Interest (Loan) revenues as opposed to Non-Interest revenues and inaccurate asset valuations – adherence to valuation standards remains a challenge. 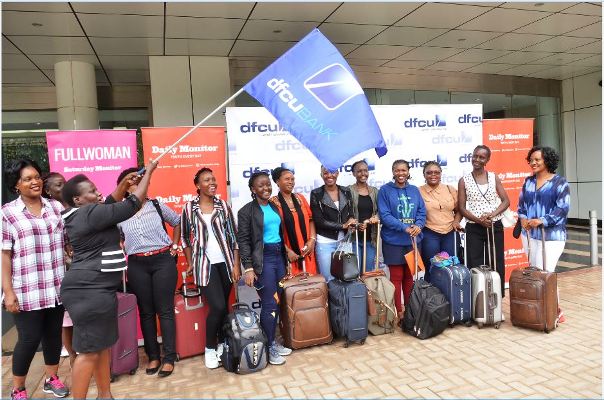