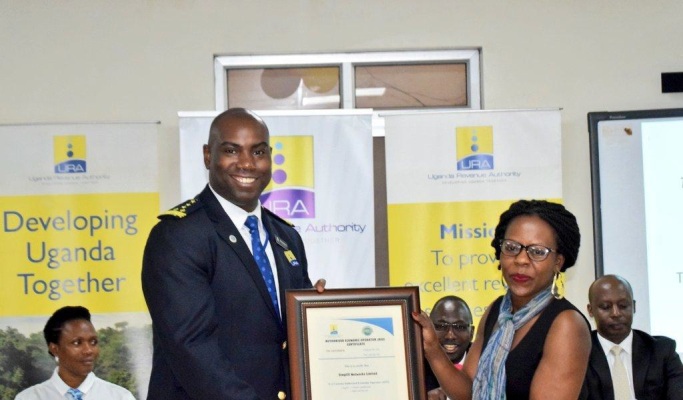 A total of 16 new Authorized Economic Operators (AEOs) have been commissioned, bringing the number in Uganda to 66.

An Authorized Economic Operator is a company, an organisation or individual authorized by a local customs administration to do self-customs assessment, having been found to comply with the World Customs Organisation (WCO) supply chain security standards.

Six of the commissioned companies received certification to operate at the East Africa regional level, where they will be recognized by all regional customs bodies, and accorded preferential treatment.

The Uganda Revenue Authority (URA) Commissioner Customs, Dicksons Kateshumbwa says that approximately 30% of the goods cleared by customs, will now be cleared by the AEOs, although the target is to raise the clearance to 60%.

He adds that last year, 80% of all customs revenue came from the AEOs.

“If, therefore, we can have a greater number assessed for compliance and commissioned, we would concentrate on looking for the less compliant taxpayers,” Kateshumbwa said.

He made the statements on August 5, 2019 at the URA head office in Kampala where the 66 received certificates and other documents.

“Of the 50,000 importers registered last year, 684 were AEOs, while the remaining 49,000 were under the general category. Currently, the EAC customs bodies are working in collaboration with Common Market for Eastern and Southern Africa to strengthen the AEO program, as they move to facilitate intra Africa trade. The more trade facilitation increases, the more the African continent will attract local and foreign direct investment leading to more collections,” he said.

Kateshumbwa, a newly elected chairman of the WCO Council, further says that trade facilitation measures such as the single customs territory and the single electronic monitoring window (for import and export permits) have greatly facilitated business in the region and that the AEO program has the potential to greatly increase Africas revenue collection to support its development.

Trademark East Africa (TMEA) Country Director, Moses Sabiti said the program will enable the region grow at an unprecedented speed, thanks to clearance of goods for import and export is done in record time.

He however said that a recent needs assessment survey indicated a slow enrolment to the AEO program, caused partly by analogue processes by the operators (importers), and little knowledge on the program adding that to correct this, TMEA had pledged approximately $500,000 under its Enterprise Risk Management project to help improve enrolment into AEO.

“The AEO is very important particularly to the exports because after vetting they are given VIP treatment so they can have their goods cleared without long processes. The regional program will help companies in Uganda to interact with others in the region, but most importantly give them thesame treatment as elsewhere in the region,” he said. 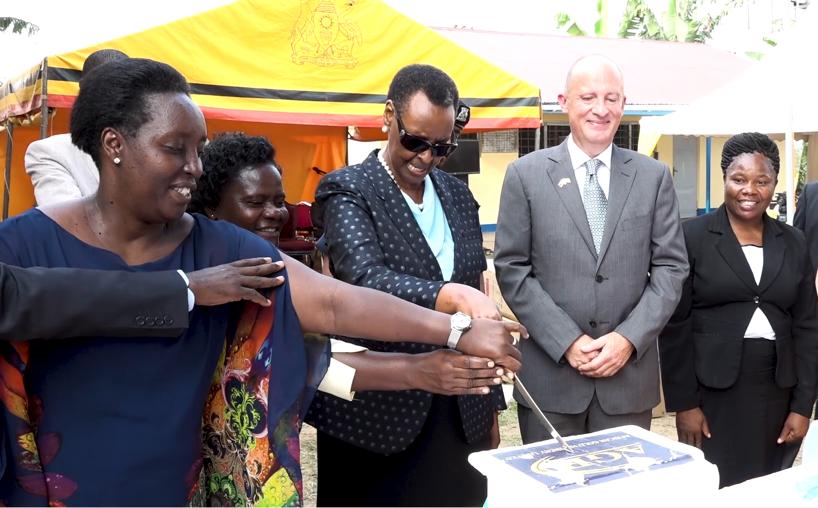 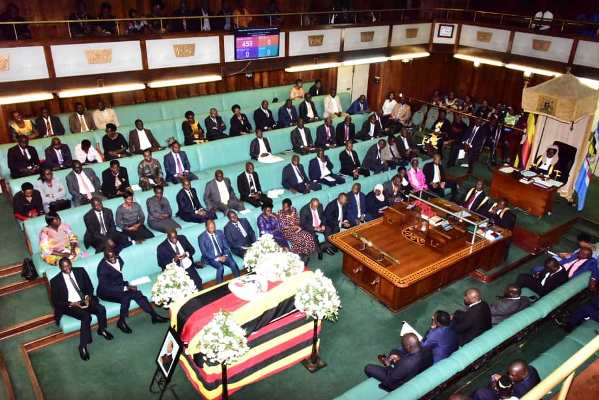