The president calls the chief justice a cheat. A lawmaker denounces the head of the opposition as the devil and says he needs a whipping. The opposition leader accuses the president of making a public speech while drunk.

The gloves are off as Kenya’s ruling party and the opposition battle for votes ahead of new elections, tentatively scheduled for Oct. 17 by the Supreme Court after it voided last month’s presidential results.

Last Friday’s historic decision, the first of its kind in Africa, was welcomed by many as a rare sign of independence from Kenya’s judiciary. It means voters will again have to choose between President Uhuru Kenyatta, 55, and veteran opposition leader Raila Odinga, 72.

But others feared that after a relatively peaceful election campaign, it could open the door to political instability, reviving memories of the violence that followed a disputed 2007 election when more than 1,200 people died.

Despite being prone to occasional unrest, Kenya is viewed by the United States and other allies as an anchor of stability in the region. East Africa’s richest country per capita and main trade route between the coast and the interior, it has avoided the civil wars that for decades plagued neighbours such as Somalia, South Sudan and Uganda.

“After the verdict by the Supreme Court … I‘m worried about the upsurge of hate discussion amongst Kenyans,” said Francis Ole Kaparo, the chair of the National Cohesion and Integration Commission, the government body in charge of preventing hate speech.

“As of yesterday morning we were investigating 273 cases of hate-mongering in the social media. I believe the number has probably doubled as we are sitting here,” he told a press conference.

They had less than a third of that number for the whole ten-week campaign period leading up to Aug. 8 elections, he said.

Lawmakers from both sides are under investigation. Opposition lawmaker Paul Ongili Owino, whose Twitter account suspended, is among them. Kaparo did not respond to a message seeking more details.

So is ruling party lawmaker Moses Kuria, who gave a fiery speech on Tuesday denouncing Odinga. Kuria is already facing hate speech charges brought by the commission more than a year ago.

“Raila is a demon. He needs to be whipped by a man and whipped by a woman. Support us, including all parliamentarians, so we can hold him,” Kuria told cheering crowd in a speech in the Kikuyu language peppered with coarse words in Kiambu county on the outskirts of the capital.

“We went and gave birth to a baby (the election). That baby did not die during pregnancy or during delivery. The baby had started to suckle. Raila then came and stuck his finger in the baby’s arse and killed it,” he said during the speech, which was filmed and posted on YouTube.

Later, he posted on his Facebook page, “Manhunt is on tonight for the 200,000 people who did not vote and the 70,000 that voted for that other demon.”

The biggest worry in Kenya is violence taking on an ethnic dimension, as in 2007. President Kenyatta is from the largest of Kenya’s 44 tribes, the Kikuyu, while many of Odinga’s supporters believe his Luo ethnic group has been locked out of power.

Police denied reports, which were posted online and repeated by opposition politicians, that following Kuria’s speech buses had been stopped in the area and passengers questioned about their ethnicity. Reuters was unable to verify the accuracy of those reports.

Raphael Tuju, the secretary-general of the ruling Jubilee party, denounced Kuria’s speech to a local news channel hours after it was reported.

“That is completely out of order and I would not accept that kind of language. I will take it up with him because it is unacceptable,” he said. Tuju did not return calls from Reuters seeking comment on what disciplinary action Kuria might face.

Manoah Esipisu, a presidential spokesman, said “State House does not comment on comments by people like Moses Kuria.”

Official results showed that Kenyatta had won by a comfortable margin of 1.4 million votes, but the court ordered the poll re-run because it said there were “irregularities” by the election board.

In a speech immediately after the ruling, Kenyatta said he disagreed with the ruling but would accept it. But in a public rally later he referred to the judges as “wakora,” a Kiswahili term for a cheat. The next day, Kenyatta promised to “fix” the judiciary.

Esipisu, the spokesman, said the president used the term wakora to criticise a judgement he views as subverting democracy. “Anything that doesn’t express the will of the people is wakora,” Esipisu said.

At another rally, Kenyatta told a crowd that Odinga was a “witchdoctor” because he was insisting on being consulted on the date of new elections.

One thought on “Tension As Kenya Election Campaigns Turn Personal” 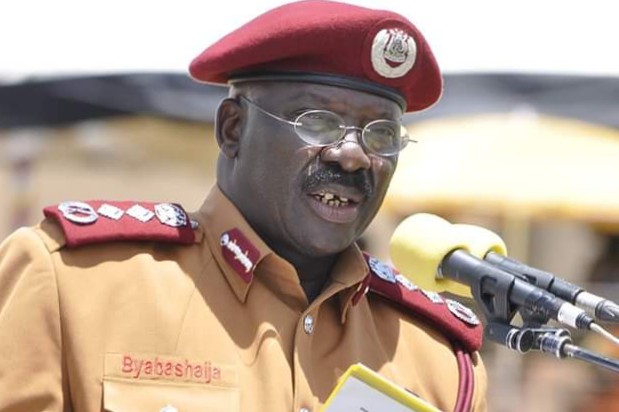 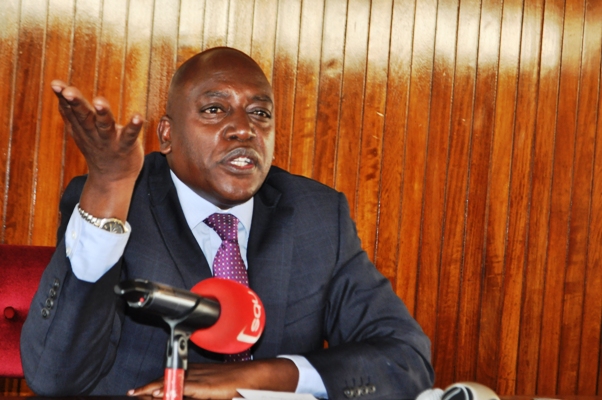