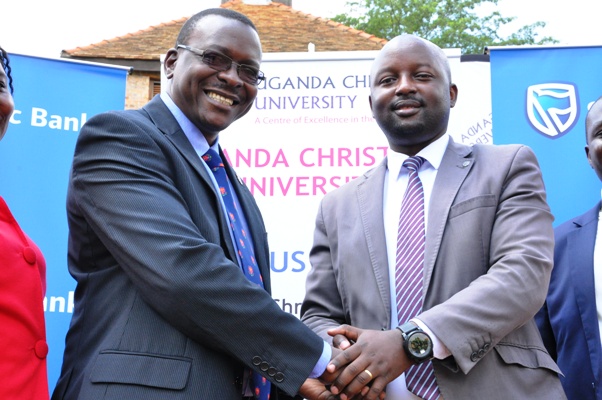 As part of its corporate social investment strategy which focuses on supporting education at all levels, Stanbic Bank has handed over a cheque worth Shs75 million to Uganda Christian University (UCU) in Mukono.

The money will go towards supporting the education of 20 brilliant but under privileged students for the 2018-2019 Academic year.

Recent UCU admission figures indicate only about 15% of the students join the university with some form of official scholastic support. The remaining 85% are sponsored by Parents and Guardians. However, many of these come from underprivileged backgrounds and face challenges paying their fees in time. As a result their studies suffer and some fail to graduate.

Representing the bank at the handover ceremony, Stanbic Bank Greater Kampala Regional Manager John Kaweesi said, “Stanbic Bank firmly believes education is the key to Uganda’s future transformation and development, we partnered with UCU because we share their values and the firm belief that a better tomorrow for Uganda starts with investments made today.”

He continued, “Education forms the cornerstone of our social investment programme. Accordingly, the bank invests approximately UGX 2 billion in its CSI initiatives and 90% of that budget goes towards a variety of educational initiatives across the country. These include the UGX 200 million contribution towards the refurbishment of the Sir Albert Cook Memorial Library which we handed over just last week. This was the first major renovation of Uganda’s oldest library in 50 years.”

Delivering a speech at the ceremony, The Deputy Vice Chancellor Development & External Relations Mr. David Mugawe said, “The awardees for the UCU/SBU scholarship have exceptional performance and good character despite being financially challenged. Most of these had not met the half registration deadline due to fees issues while others suffered late registration surcharge due to late payments. Some of these students live in peasant or and broken homes, with either a single parent or none at all, except under the care of guardians. This forces them to resolve to petty jobs to raise part of their fees. This donation by Stanbic will ensure we keep them in school so they have a chance at a better future.”

To qualify for the scholarship the students had to maintain a GPA average of 3.5 and above.

Speaking about the Bank’s flagship CSI initiative the Stanbic National Championships which is set to climax in July, Barbara Kasekende the Bank’s Corporate Investment Manager revealed the four regional finalists had been selected and were at the advanced stages in their preparations for the finals.

“We recently held a Boot camp right here in Mukono where the students were addressed by our chief executive and taught the finer skills of running an actual business. At the finals the students will be expected to present their business projects with the team with the best presentation winning a trip to Stanbic HQ in South Africa,” she said. 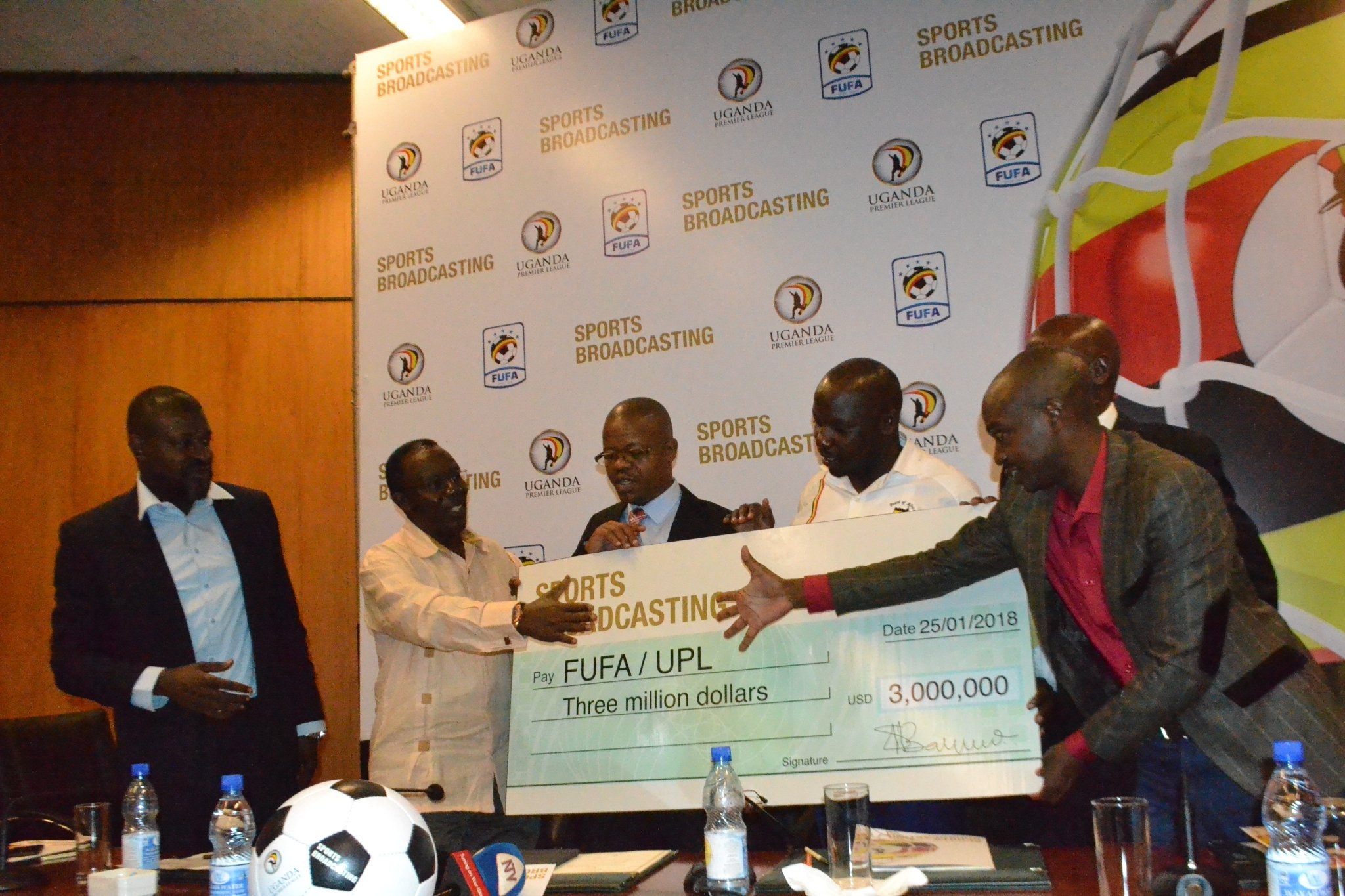 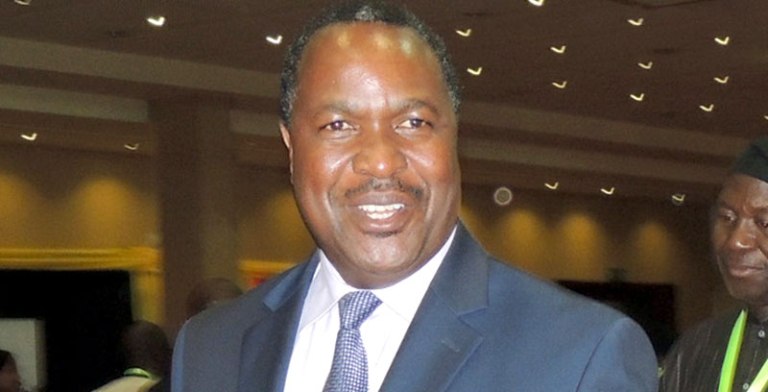 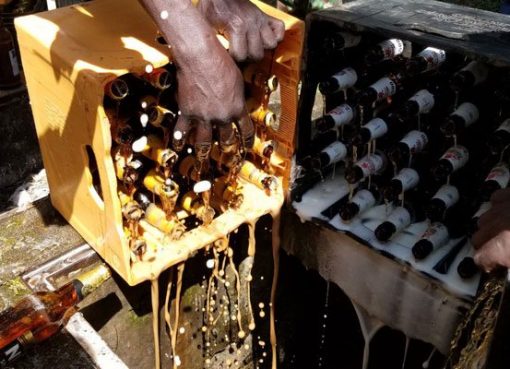 How Fake Ugandan Liquor Is Sneaked Into Kenya