The embattled lawmaker was brutally beaten along with Kyadondo East MP, Robert Kyagulanyi Ssentamu aka Bobi Wine and others on the eve of the recently concluded Arua Municipality by-election that was won by Kassiano Wadri.

Zaake’s lawyer, Asuman Basalirwa, who is also Bugiri Municipality MP said: “We have been informed by security officers here (Entebbe Airport) that he can’t fly out until there clearance from CIID. We are trying to get to the Director of CIID, but is not responding to our calls, even the messages aren’t responded to.”

He added that they have tried to send messages to various Government officials and the Prime Ministerto see if this matter can be sorted out, but n positive results yet.

“…As far as we are concerned, Zaake isn’t wanted, those who were wanted were arrested and they are out on bail.  He wasn’t on the list of those presented in court so we still up to now don’t know why Government is frustrating his movements outside the country,” Basalirwa said.

He added: “I don’t know what you call clearance because he isn’t a wanted person. In any case, if he was wanted, they wouldn’t have allowed him to leave the hospital and they would have said so because even the letter that was written by Director CIID was talking about taking him to Mulago for further management, it wasn’t that he was under investigation or under arrest.”

He notes that his client should be cleared to travel as soon as possible.

“We have brought Zaake to be flown to India for treatment so we don’t have any other plans of taking him back. If security wants him, they can pick him up from the VIP lounge and take him wherever they want. But what we want to advice, if Government isn’t very careful, Zaake can easily die, I don’t know how they will try to handle the situation,” he said, adding: “He will be returning on 30th September, if they really need him, let them wait for the 30th September.” 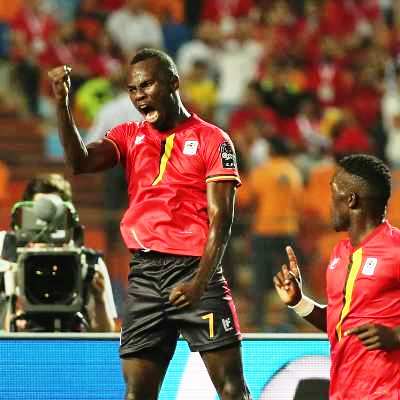 Africa Cup Of Nations 2019 Gets Africa Talking On Facebook