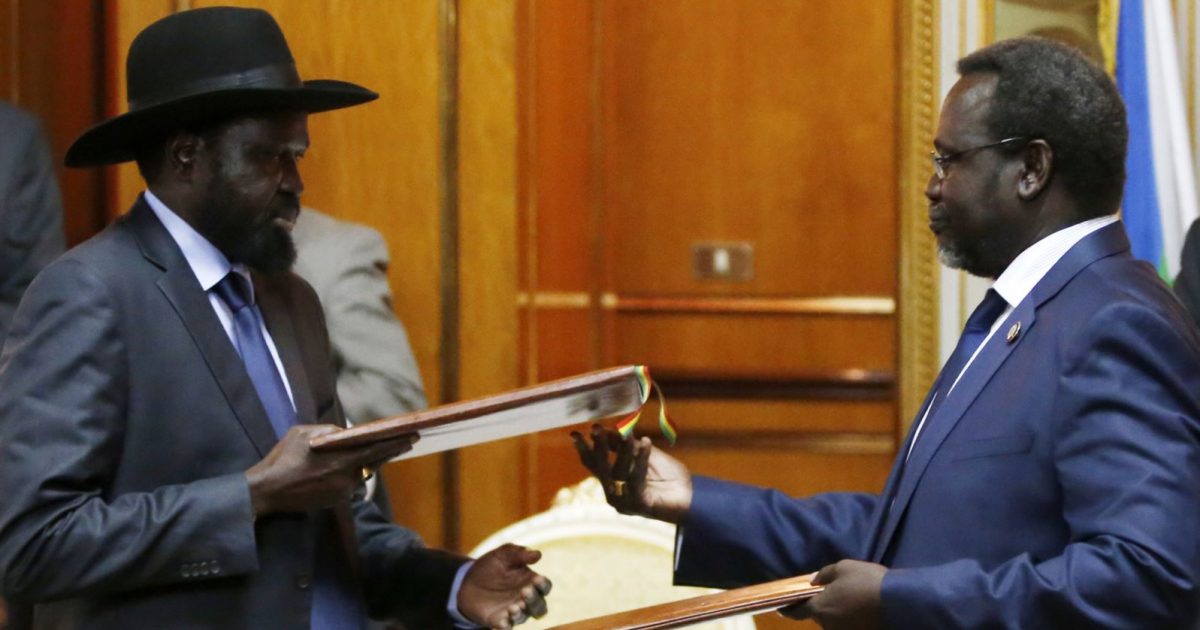 South Sudanese activists and opposition politicians say they welcome the decision by the United States, the United Kingdom and Norway to support a revitalization forum on South Sudan’s 2015 peace agreement, set to start later this month Addis Ababa.

The “troika” — as the three countries are known — says if the forum is going to be successful, it must be inclusive.

The three countries funded and facilitated the 2015 peace deal. But just days after its signing, the cessation of hostilities agreement was violated by both government forces and opposition fighters.

In its statement, the troika called on all parties to recommit to the deal and participate in the high-level revitalization forum, which U.S. officials have said is the last chance for President Salva Kiir’s administration to restore peace and stability in South Sudan.

Jame David, executive director of the Foundation for Democracy and Accountable Governance, told VOA’s South Sudan in Focus the troika should assert itself more in the implementation of the peace agreement.

“The troika should not jump away from this process and entirely push [it] to the South Sudanese people because they were part of the agreement, they have the resources, they have every opportunity to pressure these parties to the agreement to move the process forward,” said David.

He said it’s also important for there to be a mechanism to hold all parties accountable, such as the East African regional bloc IGAD. Western sanctions imposed on government and rebel leaders have not been effective, he said.

“We believe that most of these guys are people who do not have interest of going to Britain, to Washington or even to any of these European cities, but if we move towards a process of creating regional sanctions I think it will be very effective,” David told VOA.

The revitalization forum was proposed by IGAD heads of state in June as a last-ditch effort to revive the 2015 peace agreement.

Joseph Ukell Obango is the leader of the opposition United South Sudan African Party. Obango says his party agrees with the troika that the government and armed opposition must declare a permanent ceasefire before engaging in the revitalization forum.

By declaring a cease-fire, Obango said, all warring parties would demonstrate their commitment to reaching a compromise at the forum.

“You cannot go for any negotiation while people are fighting. The government has actually declared a unilateral declaration of ceasefire and this is not working,” said Obango.

He added opposition parties in South Sudan want to see the warring parties commit to respecting the cessation of hostilities agreement they signed in 2015.

“But if we come with a position that ‘I can’t compromise,’ then this is where we are going… into what people are calling us now, a failed state,” said Obango.

Steward Soroba Bubudia, chairman of the United Democratic Party, welcomes the troika statement but said he doubts that threats to impose more sanctions on those blocking the peace process will make a difference.

Soroba said previous sanctions slapped on leaders from both warring parties in the past have not worked.

“Sanctions are there, but they are not implemented and nobody on the ground can implement these sanctions. They are defied. The only solution is the international community should grab who is an obstacle to this and take steps towards him or her,” said Soroba.