A debate on Parliament’s Presidential Affairs report on the Bulambuli land survivors’ resettlement land saga on Tuesday ended up in bribery counter accusations among Members of Parliament.

The report presented by the Committee Chairperson Jessica Ababiku recommends the cancellation of the 2,876 acre land transaction by the Office of the Prime Minister in Bunambutye Sub-County in Bulambuli District.

The committee also recommends that  Elgon County, MP Wamakuyu Ignatius Mudimi should be charged of fraud. Mudimi is alleged to have been the mastermind behind the land transaction fraud amounting to 4.2 Billion Shillings. He allegedly sold the land to government for the resettlement of landslide survivors.

Wamakuyu Mudimi is also accused of unfulfilled commitments to third-party claimants to the land he sold to government. The Committee found that he had no no instrument mandating him to transact on the said land and therefore causing a financial loss to the Government.

Budadiri West MP Nathan Nandala Mafabi while contributing to the debate claimed that there were many Members of Parliament who were involved in the fraudulent deals.

Nandala asked Rebecca Kadaga for a sitting in camera so that he could name and shame his colleagues involved in cutting deals in various transactions including the controversial Buambuli land deal.

Nandala who previously the Leader of the Opposition and now Secretary General of the Forum For Democratic Change (FDC) party was tasked by Aruu South MP Odonga Otto to substantiate claim that other Members of Parliament were involved in the fraudulent deals.

Speaker of Parliament, Rebecca Kadaga then asked Nandala Mafabi to substantiate his claim. Kadaga was of the view that Nandala’s allegation had grave ramifications.

Nandala in reply said there was a time when Members of Parliament on The Physical Infrastructure Committee were reported on the floor of Parliament for having received goats and that the 15 goats were meant for 15 kilo meters of constructed roads in their different constituencies.

Kachumbala County MP Patrick Isiagi shot up in support of the Budadiri legislator saying the membership of the Committee on Trade and Industry had been changed completely due to bribery allegations.
Kadaga recently reshuffled membership on the Trade Committee which was chaired by Bulamogi County MP Kenneth Lubogo and deputized by Fort Portal Municipality MP Alex Ruhunda. The committee is currently Chaired by Nansana Municipality MP Robert Sebunya and deputized by Kween County MP Lawrence Mangusho Lawrence. 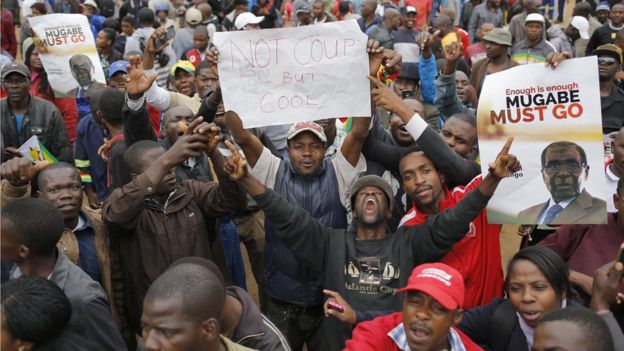