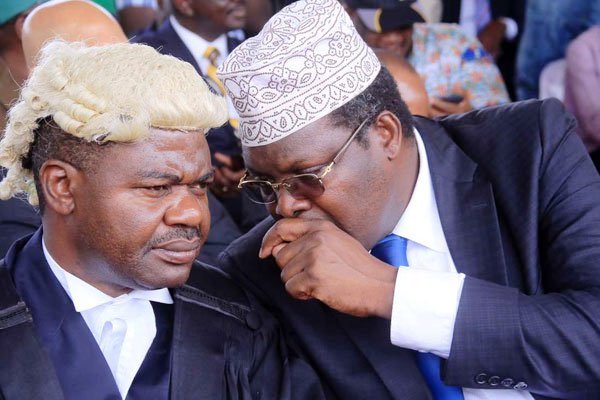 Lawyers Tom Kajwang’ and Miguna Miguna were at the centre of events at Uhuru Park that culminated in the “swearing-in” of Nasa leader Raila Odinga as the ‘people’s president’, reports the Daily Nation.

Many people had traveled from outside Nairobi to witness the event.

Mr Miguna, who seems to have worked his way back into Mr Odinga’s inner circle, also arrived early to a rapturous welcome. He was at the forefront on Tuesday.

Though his law firm, Miguna Miguna & Company Advocates, the abrasive Canada-educated lawyer commissioned the oath that was administered on Mr Odinga.

Meanwhile, as Mr Odinga took the oath, Mr Kajwang’ stood right behind him, although his role in the exercise remains unclear.

The younger sibling of the deceased former Homa Bay Senator Otieno Kajwang’ was admitted to the bar in 1995 and has been practising at Kajwang & Kajwang Advocates, located at Dovenest House Apartments, Argwings Kodhek Grove.

Mr Kajwang’ was among the lawyers who successfully handled Nasa’s presidential election petition after the disputed August 8 polls. He worked behind the scenes in drafting the documents that the opposition filed in court.

In 2015, the Ethics and Anti-Corruption Commission wanted Mr Kajwang’ charged with abuse of office for knowingly facilitating the employment of a staffer, Evelyn Osogo, for two roles, hence drawing two salaries.

After he was first elected to Parliament, Mr Kajwang’ served as a member of the National Assembly’s Departmental Committee on Justice and Legal Affairs.

His supporters and those of his rival Elizabeth Ongoro were involved in violent clashes in the run up to the ODM nominations ahead of the August 8 General Election, which resulted in the death of one person.

Mr Miguna’s relationship with Mr Odinga had become strained after the two fell out in August 2011. At the time, Mr Odinga was still the Prime Minister and Mr Miguna was his senior adviser on coalition affairs. Mr Odinga suspended Mr Miguna, accusing him of gross misconduct and high-handedness.

It was after this fallout that Mr Miguna penned his memoir, Peeling Back the Mask: A Quest for Justice in Kenya, in which he made unflattering remarks about Mr Odinga, including accusing him of being corrupt. His second book Kidneys for the King: Deforming the Status Quo in Kenya, published in 2013, also hit out at Mr Odinga.

After the August 8 elections, Mr Miguna, who was a candidate for the Nairobi gubernatorial seat, said he had voted for President Uhuru Kenyatta but had started moving back to the inner sanctums of Mr Odinga’s advisers after the Supreme Court annulled the August 8 presidential election. 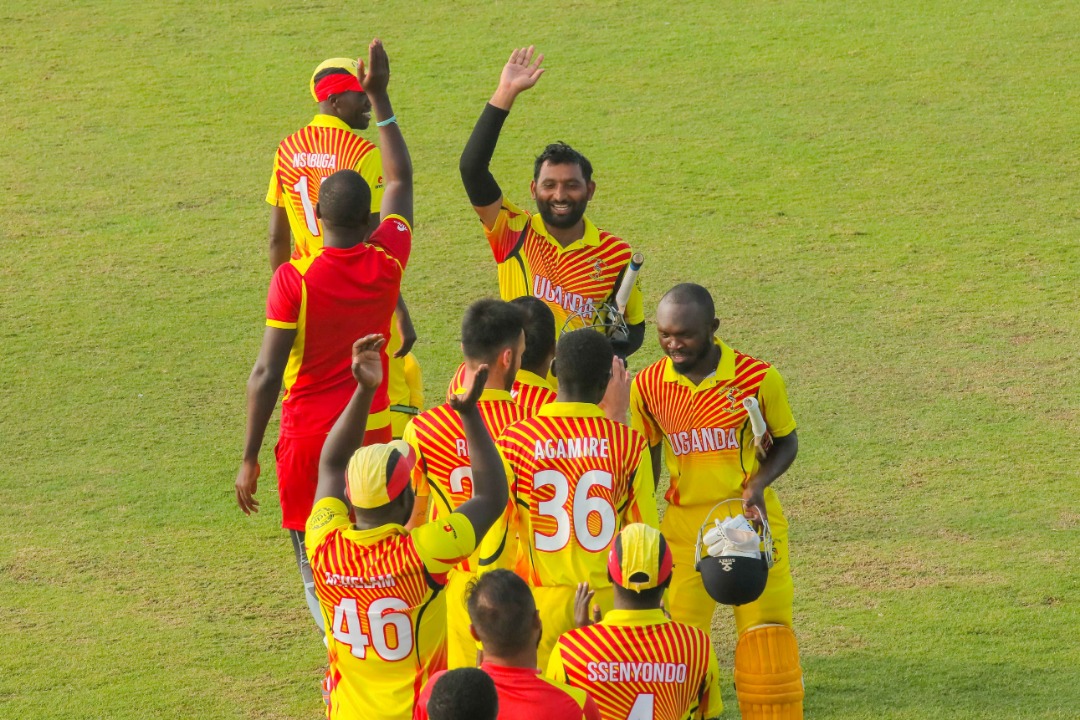