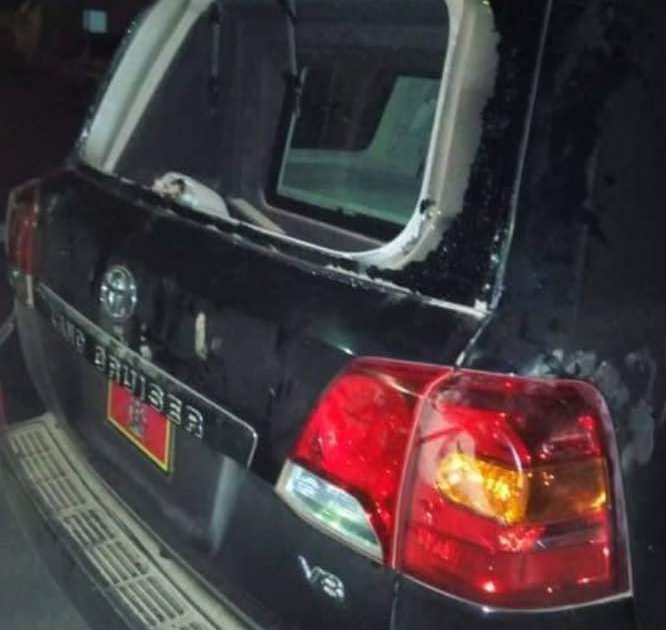 Uganda’s police spokesperson, Emilian Kayima has revealed that President Yoweri Museveni’s car was attacked and smashed by hooligans in Arua district on Monday.

Kayima said that “hooligans” attacked the president’s convoy as he left Boma Ground in Arua where he had been campaigning for the NRM candidate.

He added that police intervened and some people had been arrested.

Bobi Wine is in Arua rooting for Kasiano Wadri in the Arua Municipality by election that will be held on Wednesday.

The seat fell vacant following the assassination of Ibrahim Abiriga.