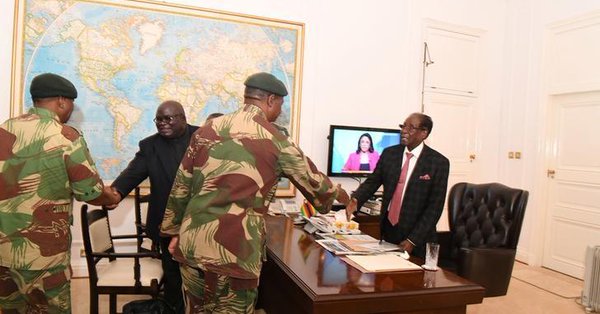 Zimbabwe’s long-time president Robert Mugabe has agreed to the terms of his resignation and a letter has been drafted, an official source with direct knowledge of negotiations told CNN

The source said that the generals had given into many of Mugabe’s demands including full immunity for himself and his wife Grace, and that he would keep his private properties.
According to the source, the aim of Sunday’s televised address — in which Mugabe appeared to resist calls to step aside — was to ensure the veteran leader openly declared the military’s actions to be constitutional.
For the resignation to formally take place, however, a letter must first be sent to the speaker of Parliament, added the source.
Mugabe had stunned the nation on Sunday when he refused to say in a live televised address if he was stepping down.
His party had given Mugabe, who has been under house arrest since the military seized power, 24 hours to resign or be impeached. On Saturday, thousands of Zimbabweans had taken to the streets calling for him to go.
But in a bizarre and rambling speech, Mugabe instead insisted he was going nowhere, and that he would see his political party Zanu-PF through its congress in a few weeks.
Zimbabweans who’d been glued to state television to watch the speech live came out into the streets afterward, some in shock.
Harare resident Tina Madzimure called the speech “an embarrassment really. He made a fool out of the generals.”
“This man will go to his grave with Zimbabwe in his hands,” she told CNN.
On Sunday, the 93-year-old appeared on television seated at a table underneath his own portrait on a wall behind him.
To his left were men in suits, to his right, military officials. During the course of the 20-minute speech, Mugabe shuffled papers, eschewing some for others, and spoke of entrepreneurial summits and tech initiatives.
Beside him, the military officials squirreled sheafs of paper out of sight behind them, watching and pointing to pages he was sifting through.
He suggested that the Zimbabwean Defense Forces acted last week out of concern, “based on their reading of the state of affairs in the country and in the party.”
“I, as the president of Zimbabwe, and their commander in chief, do acknowledge the issues they have drawn my attention to,” Mugabe said at one point during the speech, Sunday. “And (I) do believe that these were raised in the spirit of honesty and out of deep and patriotic concern for the stability for our nation and for the welfare of our people.”
He added: “Today’s meeting with the command element has underscored the need for us to collectively start processes that return our nation to normalcy. So that all our people can go about their business unhindered, in an environment of perfect peace and security.
Mugabe’s speech was the latest jaw-dropping moment since the army seized power in Harare on Wednesday. The military was quick to dismiss suggestions that a coup had occurred, saying it was conducting an operation against the enemies of Mugabe who was being kept “safe” in military custody. The military deployed throughout the streets of the Harare and in front of key government buildings.
One observer told CNN he believed Sunday’s address had been choreographed between Mugabe and Zimbabwe’s generals.
“It is difficult to imagine a situation where they didn’t know what was in the contents of that speech,” said Piers Pigou, a senior consultant for the International Crisis Group.
“What the speech provides for the generals is immediate legal cover because Mugabe made it very clear at the beginning of his speech that this was not a coup, and this was the concern of many in the security establishment,” Pigou told CNN.

Mugabe’s allies turn against him

Mugabe’s appearance on national TV followed a Zanu-PF party meeting in which he was officially removed as leader, if not in practice.
Video from within the meeting uploaded onto social media appears to show Zanu-PF members dancing and singing in celebration.
The decision came shortly after official Obert Mpofu opened the meeting at the party headquarters in Harare by declaring the party’s intention to vote Mugabe out.
His statement received a standing ovation and roars of approval. Mpofu is one of the many former Mugabe allies who have turned on the President. The former mining minister, who once described himself as Mugabe’s most obedient son, said the decision was made with “a heavy heart.”
Sources told CNN that any deal would involve Mugabe stepping down to make way for an interim President, while Emmerson Mnangagwa would likely be installed as the next Zanu-PF leader in December, paving the way for the presidency in next year’s election.
The powerful and well-connected Mnangagwa has been central to the political movements. Party members saw his dismissal on November 6 as the final assault after months of infighting over who would eventually replace Mugabe.
Mnangagwa has not been seen since he was fired, but CNN has learned that he had been instrumental for some time in plans to seize control from the President.
Nicknamed “Ngwena” (The Crocodile) because of his ruthlessness, Emmerson Mnangagwa has held various senior posts in the country’s defence and internal security apparatus.
Mnangagwa served as Mugabe’s right-hand man throughout his entire leadership, and there are concerns that his rise could mark a continuation of Mugabe’s oppressive policies.
Like Mugabe, Mnangagwa has been accused of playing a central role in a string of massacres by the country’s Fifth Brigade in the early 1980s, which are widely believed to have killed up to 20,000 people.
CNN
Share on Facebook Share
Share on TwitterTweet
Share on Pinterest Share
Share on LinkedIn Share
Share on Digg Share 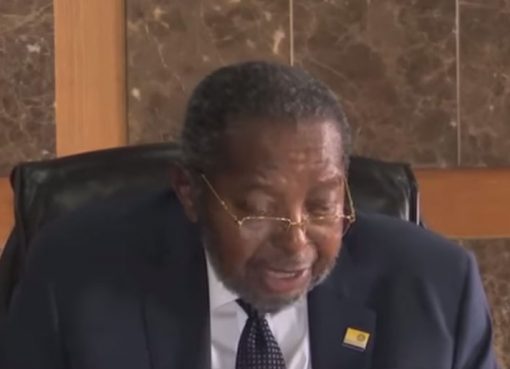