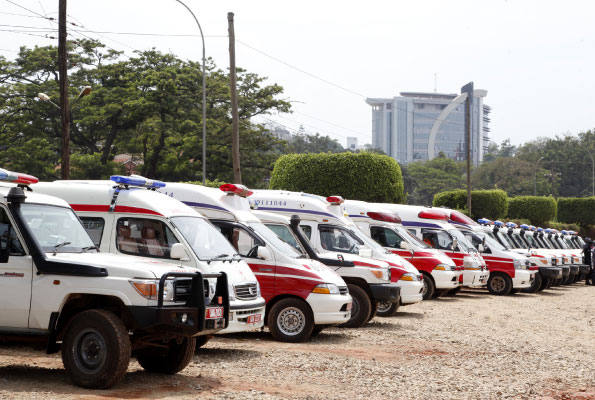 Only four medical facilities in and around Kampala have properly stocked and road worthy ambulances.

Ambulances are vehicles or means of transport equipped to take sick or injured people to and from the hospital in emergency situations.

According to a disaster preparedness drill that was carried out in June this year by the Ministry of Health, Red Cross Uganda, St. John’s Ambulance and the Ministry of Transport, only four health facilities and two ambulance services had the right to operate. The drill was aimed at ascertaining the country’s preparedness to handle emergency situations like bomb blasts, floods and so on.

Jonathan Francis Mulimira, an Emergency Medical Technician (EMT) who was part of the team that carried out the survey says that only four health facilities had ambulances good enough to carry patients.

In addition to the four health care facilities, only two ambulance services, St. Johns and City Ambulances were found to have ambulances that are of the required standard to save patients.

Currently in Uganda less than five private ambulance services exist in the country. Most ambulances are owned by Uganda Police or specific hospitals.