When Kenya sneezes, Uganda catches a cold, for what affects Kenya, directly affects Uganda and the East African region at large.

And as the East Africa’s largest economy goes to the polls in August this year, the stakes are high considering the 2007-2008 bloody and divisive elections.

Accusations of vote-rigging, ethnic and tribal strife and economic duress created a pressure cooker that claimed 1,300 lives and displaced 600,000 people — the worst violence in the country since independence in 1963.

The ugly scenes massively disrupted business in Kenya and the East African region at large, with a number of Ugandan traders losing their merchandise worth billions. There was a shortage of petroleum in the whole of Uganda, a thing that paralyzed business.

This is because Uganda like her peers in the region depend on Kenya’s infrastructure especially the Mombasa Port for importation and exportation.

The Northern corridor is shorter and less costly compared to ferrying goods through Dar-es-Salaam.

The chaos erupted after President MwaiKibaki was declared the winner of the presidential elections on December 27, 2007, a thing supporters of Raila Odinga, who was and remains the main opposition leader protested.

In 2013, the Kenyan government enacted a series of measures designed to prevent a surge in political violence, including early warning systems that helped officials and aid groups intervene in disputes before they escalated, the Washington-based National Democratic Institute said in a report on the elections. The result was a far more peaceful vote in 2013 than was the case in 2007-2008.

The problem this cycle, the institute’s analysts say, is that those measures haven’t been pursued for the upcoming vote, the Washington Times recently reported.

The tight race is between former Prime Minister, Raila Odinga, who is carrying the flag for The National Super Alliance and incumbent President Uhuru Kenyatta. However, there are fears that the presidential polls could turn violent.

According to polls, 70% of Kenyans say they are worried about a repeat of the 2007 violence.

As reported by the Washington Times in May, Kenyatta has accused opposition leader Odinga, who fell short in the 2007 and 2013 presidential elections, of planning violent disruptions and tribal strife in the campaign.

“Raila has again started inciting Kenyans as he did in 2007,” Kenyatta said during a political rally, amid cheers from his supporters. He said Odinga and his Orange Democratic Movement were to blame for the 2008 unrest. “He is the one who ignited the fire. Kenyans are not ready to enter into chaos again because of politics.”

But Odinga, who served as prime minister for six years after the 2007-2008 vote, said it is Uhuru who is desperately mobilizing his own ethnic voting bloc because he hasn’t delivered on his promises to the electorate since he came to power four years ago.

Among those worried about the spectre of a violent campaign are Kenya’s Catholic bishops, who offered an unusual public statement May 3 expressing concerns that the parties will be unable to organize a “clean and transparent” election.

“The fear of widespread violence erupting cannot be ignored,” Bishop Philip Anyolo, chairman of the bishops’ conference, said in a statement.

“We are already witnessing that communities are beginning to be suspicious of one another, investors are wary of investing in Kenya, foreign tourists and other visitors are cancelling their visits to the country due to security uncertainties, lenders employ a wait-and-see attitude, and the general economy of our country has stalled. Many Kenyans seem to have lost confidence in the capacity of institutions, bodies, individuals and even their own leaders.”

The big question is: how prepared is Uganda in case a repeat of 2007-2008 manifests? How will Kenya elections affect Uganda’s economy?

According to analysts, investors who were eying investing in Kenya this year may consider taking their capital in other African countries considering the uncertainty that surrounds the presidential polls.

Ramathan Ggoobi, an analyst and economics lecturer at Makerere University Business School (MUBS), says the political situation in Kenya “may push Portfolio investments to Uganda.” He however, wonders whether Uganda has the capacity to attract such investments.

It is worth noting that whenever many African countries go to the polls, there’s is always uncertainty, something that reduces Foreign Direct Investments (FDIs) during the election year.

The losses incurred by Ugandan traders in the 2007-2008 post-election clashes are still fresh in their minds.

In an exclusive interview with Business Focus, Everest Kayondo,the Chairman, Kampala City Traders Association (KACITA) said while they have fears over what the pre and post-election situation will look like, they already have some measures in place to avoid interruptions in case of clashes.

“We have already advised our traders to get their merchandise through Dar es Salaam route as elections in Kenya take place,” Kayondo said.

He added: “Once bitten, twice shy. We don’t want to be caught by surprise like we were in 2007,” he said, adding that so far they haven’t been inconvenienced by the political situation in Kenya.

However, in case of violence, Uganda will lose out on foreign exchange earnings considering the fact that Kenya is Uganda’s leading export destination in East Africa.

The Bank of Uganda (BoU) latest figures indicates Uganda’s export earnings to Kenya stood at US$422.99m in 2016, almost double than earnings from South Sudan. Uganda earned US$239.2m from her exports to South Sudan.  Going by latest figures from BoU, political happenings in Kenya are yet to negatively affect the trade relationship between the two East African countries. Uganda also heavily imports from Kenya so much that her expenditure on imports far exceeds its export earnings to Kenya.

Jim Mugunga, the Ministry of Finance Spokesman, says he is not aware of specific measures taken by government in light of elections in Kenya because “we broadly hope to see free and fair election and indeed the key candidates have made public commitments to ensure the same.”

“We believe that our brothers across the border learnt from the human; monetary and material cost of a chaotic election of 2007 and will never attempt a repeat,” Mugunga said in an exclusive interview with Business Focus.

He added: “All our goods don’t go through Mombasa and Nairobi and not only Uganda commerce is disrupted, but Kenya itself would be affected just as would be the case to other regional countries.”

He asks Ugandan traders not to panic but forecast their business activities in light of the elections.

“This is a normal business decision that is shaped by circumstances that affect doing business. For example, draught, increased rains or heightened political activity may warrant that a business considers relevant insurance to mitigate against losses. This is business prudence and not reactionary. It is doing business they way it should be done all the time and not necessarily because of Kenyan elections,” he advises.

In his concluding remarks, Mugunga says the interconnectivity of East African people, commerce and trade makes any attempt to politically or commercially disrupt livelihoods of neighbouring countries so untenable in this modern day and era.

“As a Ministry (of Finance) we opt to live Kenyan elections to Kenyans to run and manage for the good of Kenyans and broader East Africa,” he concludes. 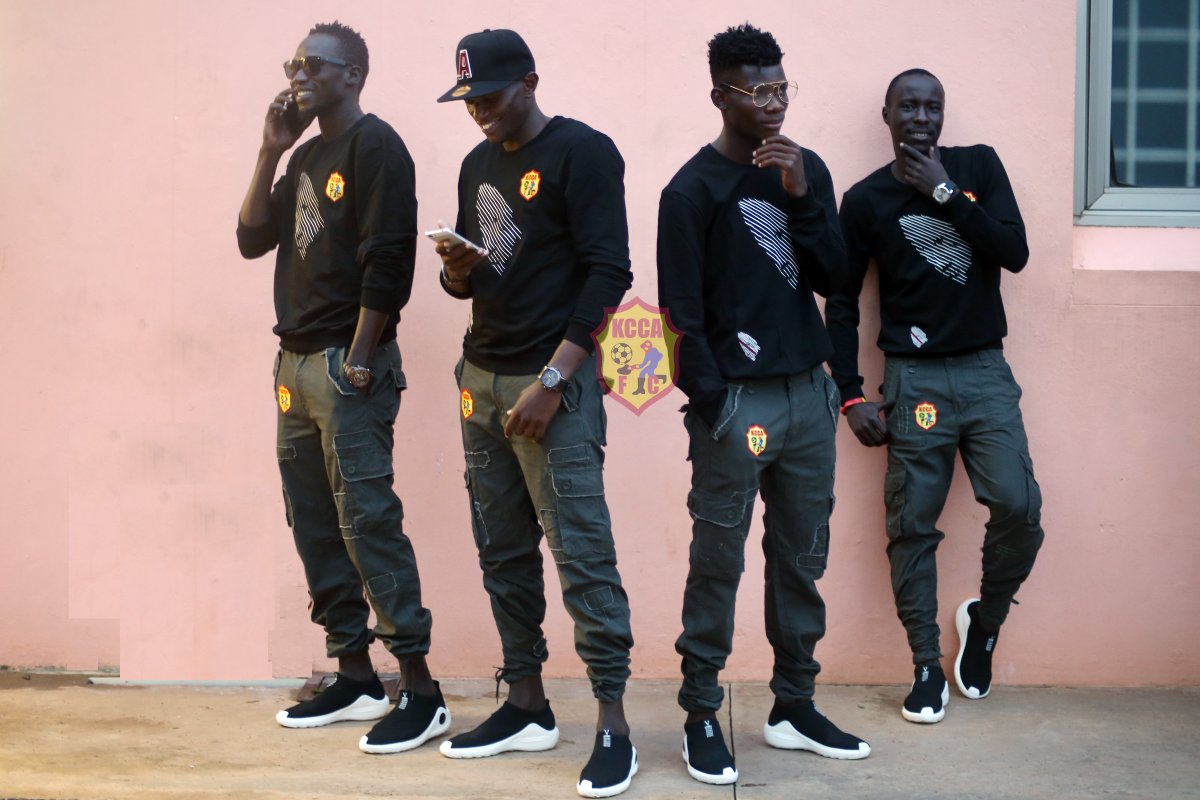 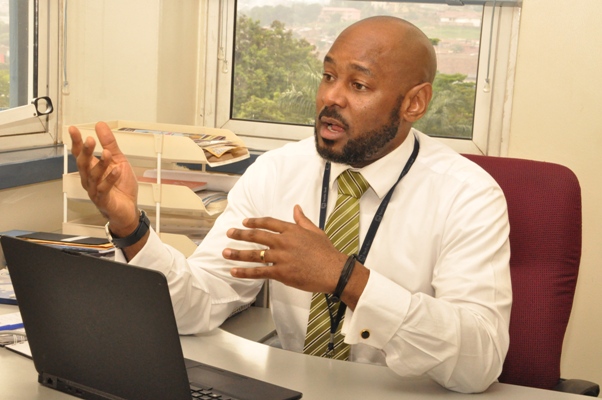 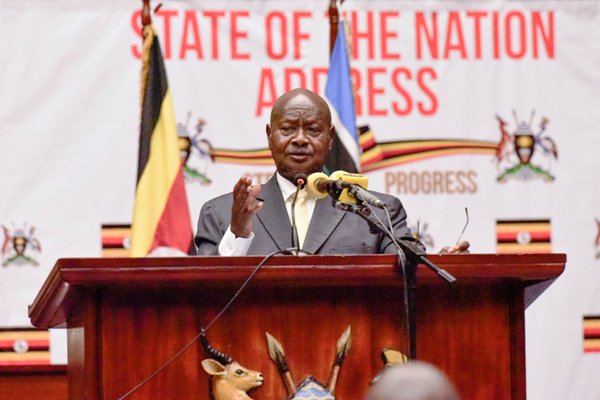