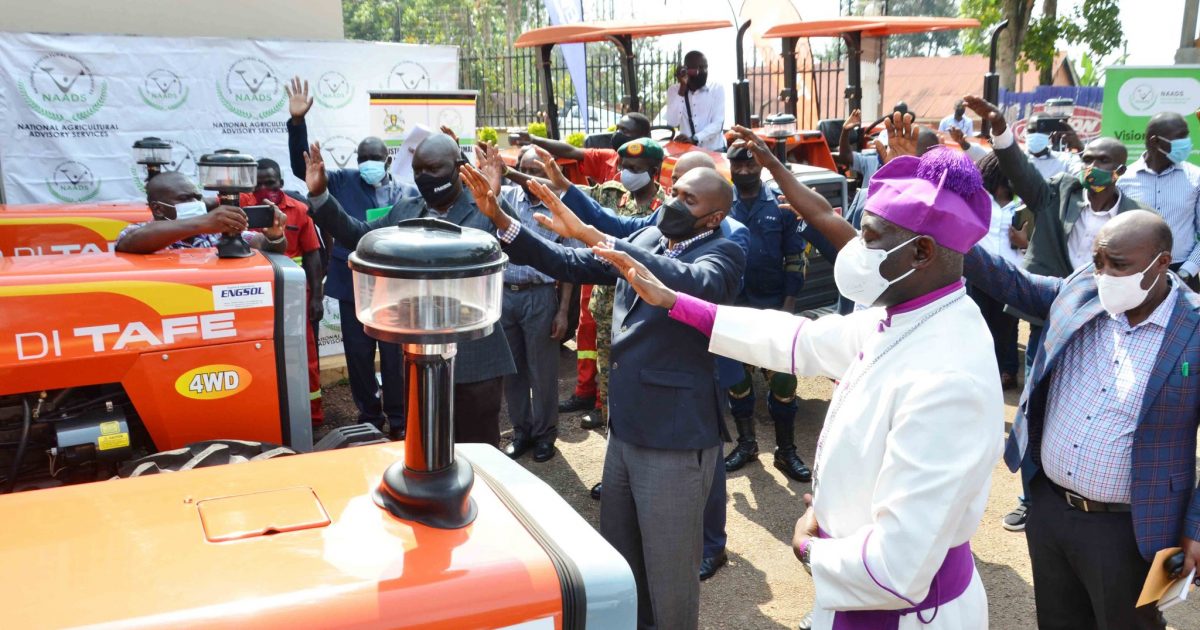 MAAIF Minister Tumwebaze handing over tractors to the Church of Uganda.

Government has started the implementation of a project that should see the country equipped with 10,000 tractors in 10 years, as part of the mechanization of agriculture program.

The this is expected to boost agricultural production around the world, which has been kept back by the use of traditional equipment, mainly the hand-hoe, according to the Ministry of Agriculture, Animal Industry and Fisheries.

According to the Ministry’s records, the country has about 4,000 tractors which are hardly enough to cater for the needs of the agriculture sector. ‘

However, State Minister for Agriculture, Fred Kyakulaga, says that even the figure of 4,000 could be much higher than the actual number of functional tractors, which he estimates at 2,500, while many were reportedly smuggled out of the country. The minister says that starting this year, they have acquired 200 tractors and the purchase will continue over the years.

It has been reported that the tractors that broke down were purchased by business people from Kenya cheaply as scrap and were either reconditioned or recycled at steel plants.

Uganda is one of the countries in the world with the least tractor coverage, hence the low food production levels despite having some of the largest arable land areas, fertile soils and cheap labour. The number of tractors in the country greatly declines in the 1980 and early 1990s when the cooperative movement collapsed, since most were either owned by or purchased though cooperative societies.

Minister Kayakulaga says the ministry has decided to carry out a census of all tractors in the country to enable them to know the exact size of the national tractor stock.

Currently, the ministry has started establishing agriculture mechanisation centres, with three complete and 16 others at initial stated, with the aim of having 19 centres countrywide equipped with the heavy agriculture machinery, while tractors will be installed at each Subcounty, according to the mechanization strategy.

The minister says this number of tractors could be achieved even much earlier, following the coming up of other organisation like Heifer Projects International, to boost mechanization.

He was speaking at the handover of 11 tractors in Lugogo, Kampala to youth entrepreneurs drawn from across the country, though a hire purchase financing model dubbed “Pay-As-You-Go (PAYG) Tractor Financing.

The model had already benefited youth in the districts of Dokolo, Lira, Gulu, Kole and Mubende and Abim with five tractors supplied by Hello Tractors through the hire purchase model..

Under Pay-As-You-Go, a prospective buyer gets into contacts with the platform agents who connect them to the supplier. On meeting the conditions, the buyer of the tractor then pays back from the money he gets from wither the harvest or hiring out the tractor to other farmers.

One of the beneficiary groups, Alito Joint Farmer’s Multipurpose Cooperative says it was becoming harder to make profit by using the hand-how, and that the climate changes were making it harder for them.

The weather has increasingly become unpredictable and sometimes the rains come before the farmers expected them, and this disrupts their farming patterns.

With mechanization, however, it is easier for them to adjust quickly as and when the weather changes, according to Emmanuel Obedigum, the manager Alito Cooperative.

On its part, Heifer says they have a regional strategy to supply 50,000 tractors to different African countries including Uganda over 10 years. Each fully equipped tractor costs 40,000 dollars, which Heifer International says is far beyond the means of an average Uganda farmer, especially the smallholder farmers whom the program seeks to support.

William Matovu, the Heifer Country Director says the mechanization gap in Uganda has put the country on a back foot of achieving sector objectives, with potential to affect the country’s aspiration to achieve the Vision 2040. He says there is need to support the farmers, especially women and youth to access financing so that they can afford modern farming methods and improve productivity. 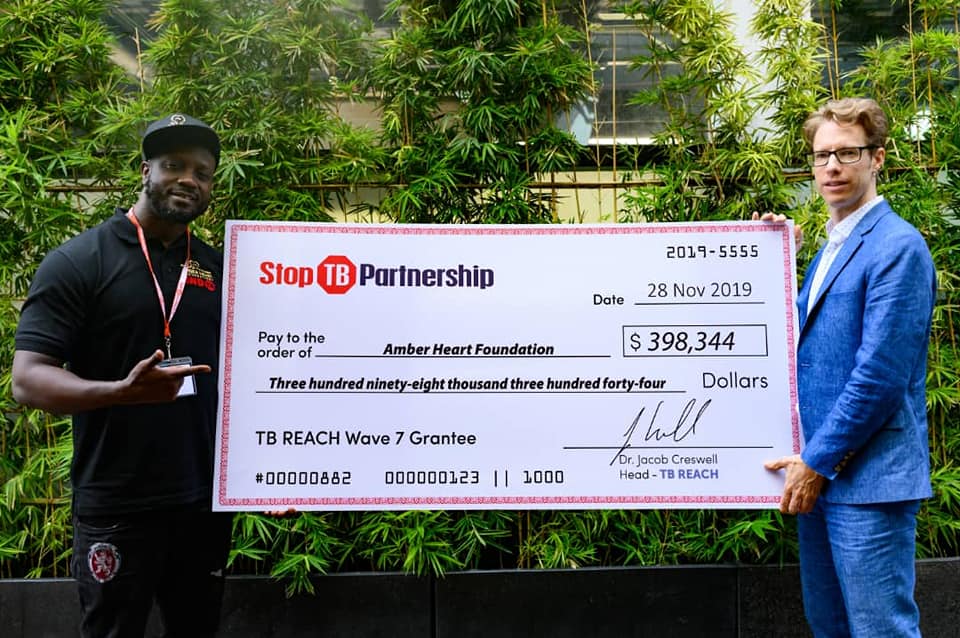 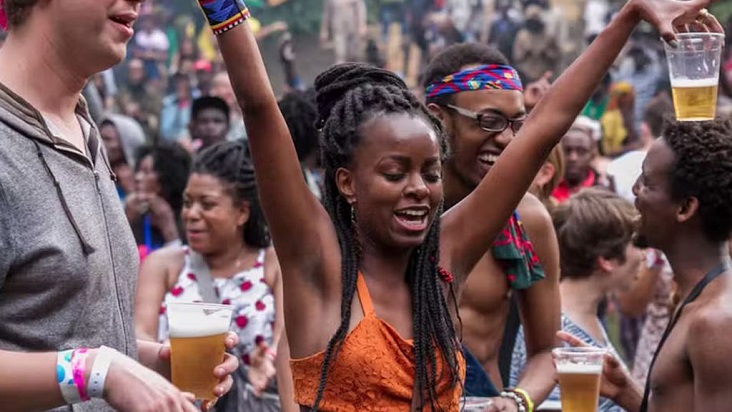