The gears that included monofilament nets and hooks were destroyed at Bugonga landing site, Entebbe Municipality on Monday.

Entebbe Grade One Magistrate Naomi Sikoya presided over the exercise. She ordered for the the destruction of the illegal fishing gears that weighed over 12,000 kilograms.

He says the gears were impounded during operations done in the last three months and the FPU applied to Entebbe Chief Magistrate’s Court for the destruction of gears where court cases against suspects have been concluded or the owners run away.

He however says the enforcement officers are arresting most of the culprits who have stores or shops with illegal gears.

The FPU was created in 2017 on the orders of President Yoweri Museveni. The President directed the deployment of Uganda Peoples Defense Forces – UPDF soldiers on all the lakes in the country to combat illegal fishing practices to protect the fish resources that were under threat of depletion.

As FPU conducts these operations, Parliament is still scrutinizing the Fisheries and Aquaculture Bill, 2021. The Bill seeks to consolidate and reform the law relating to the management of fisheries products and aquaculture due to several challenges and emerging issues in the regulation and management of the sector which are not addressed. 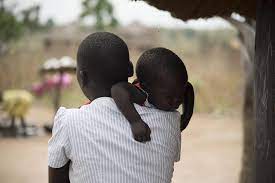