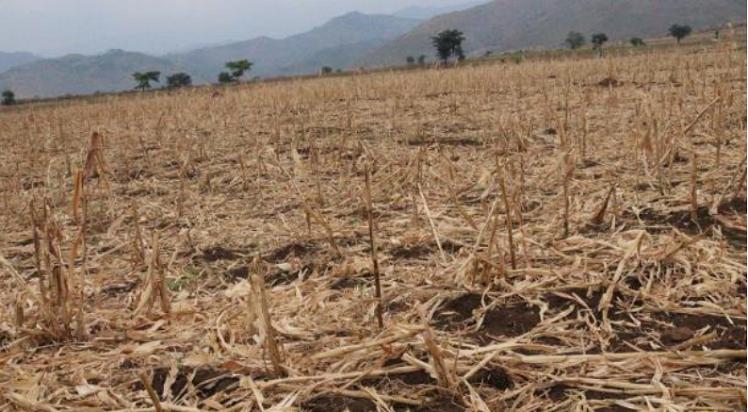 A dry maize field in Kihara Sub County Kasese district. Kasese is one of the major maize growing districts in Uganda

Families in Kasese district are on the verge of starvation following the long dry spell that has affected their crops. The most affected crops include the maize, groundnuts and beans. The worst affected are farmers in the maize growing corridor in the low land areas stretching from Bwera to Rughendabara.

Our reporter made a mini survey on Monday and established that in some gardens, farmers were unable to harvest any crops while others opted to cut the withered crops and prepare for the new season.

Maize production fell by more than 60% this season due to poor rainfall, according to reports from the district agriculture department.

John Kabagambe, a farmer in Bucumba village, Kihara Sub County told our reporter that he has lost over three million Shillings, which he invested in planting maize. Kabagambe and his wife who were found clearing the maize gardens added that due to the poor harvest, he is unable to hire a tractor to plough the fields ahead of the next planting season.

Harriet Masika, another farmer, said she invested about Shillings 300,000 in her one-acre of maize garden but was only able to get Shillings 40,000 due to poor harvests. Her fear is that the family might lack food and money to pay school fees for the children since they largely depend on agriculture.

Jacinta Kiiza, a commercial farmer in Rukoki Sub County, says that she spent close to Shillings 2 million on her maize and ground nuts farm but she hasn’t harvested anything. She adds that the problem of drought has also been catalyzed by other challenges such as the invasion of elephants, pests and thieves.

“Even if, it wasn’t dry, I didn’t expect to harvest much because elephants invaded my gardens last month and destroyed almost everything, we also have thieves here, so all that,” Kiiza narrated. Asa Kisuke, a farmer from Bwera with gardens in Mubuku, said that due to the prolonged dry spell even the small streams, which people have been relying on for small-scale irrigation have dried up.

He adds that the maize cobs are small and he only managed to harvest four bags weighing 50kg each from over four acres he planted. Kisuke asks the government to insure farmers in the Mubuku irrigation scheme are insured so that they can be compensated in such circumstances.

Ronald Mubiru operates a maize milling machine in Scheme ward Mubuku. He says that due to poor harvest, the price for maize has gone up from Shillings 800 to 1300 Shillings currently. He anticipates the prices to raise beyond Shillings 2000 due to scarcity.

“As you can see, the production from farmers is low in both quantity and quality but the prices are high and we expect them to rise further, “ Mubiru said. Julius Rukara, the Kasese District Agriculture Officer, says that climate change is bringing harsher and more frequent drought to the region and thereby threatening the staple maize crop.

Although there are no available statistics, the agriculture officer says Kasese produces over 5.000.000 tonnes of maize annually. The dry spell has not only affected crops but livestock farmers as well. Getting pasture has become difficult.

Farmers says pastoralists are now letting their animals into their withered fields. Kabagambe says cows have destroyed his one acre of tomatoes. 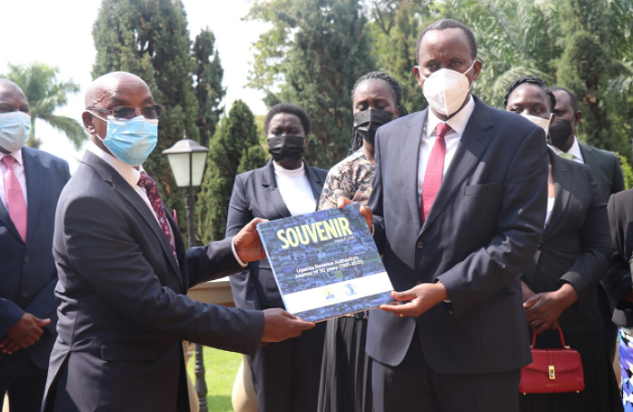