Bank of Uganda (BoU) paid MMAKS Advocates lawyers in foreign currencies despite the fact that the legal advisors had filled their invoices in Uganda shillings, MPs on the Committee on Commissions, Statutory Authorities and State Enterprises (COSASE) has established.

The MPs on Wednesday accused Bank of Uganda of showing no confidence in Uganda’s currency by choosing to ignore local currency in preference of foreign currency.

While appearing before the Committee yesterday, MMAKS advocates lawyer Timothy Masembe, Partner at the law firm hired by Bank of Uganda in liquidation of Crane Bank told the Committee that confirmed that MMAKS Advocates was paid USD230,000 approximately Shs759M as per 2017 exchange rate.

Of this amount, USD93,872 was billed on hourly basis totaling to 432.59 hours and this was based on a blended Partner/Associate rate of US Dollars 217 per hour.

On the other hand, USD136,128 was billed on drawing and negotiating the terms of the Purchase of Assets and Assumptions of Liabilities Agreement based on the Shillings 200 billion cash consideration for Crane Bank assessed at a discounted rate of 0.24%.

With the Committee learning that Deputy Governor, Dr. Louis Kasekende approved all payments to Crane Bank’s liquidity support, Aruu County, Odonga Otto  tasked him to provide the legal instrument he used to authorize such payments and minutes of the meeting on how they arrived at the figure, to commit tax payer’s money to Crane Bank’s bailout.

Supporting Otto,  Mbarara Municipality lawmaker,  Michael Tusiime tabled a letter authored by Secretary to Treasury on 15th January 2016, warning all accounting officers from paying contractors in foreign currencies, save for contracts that were running before the time of the directive.

He then demanded the Central Bank team to explain why MMAKS Advocates was paid against the authority of Secretary to Treasury.

“I am still interested in the authority of these approvals especially the approvals that are in foreign currency. Section 15(1) BOU Act talks about the General Reserve Fund. The bank may in consultation with Minister transfer funds from general reserve fund to the capital of the bank.”

The Deputy Governor told the Committee that the Bank would fund the shilling account of Crane Bank  in Bank of Uganda as the Central Bank is the one unique institution where they can create a liability matched with the assets.

However, Tusiime insisted on having Kaskende explain why he paid local contractors when there is a bar from the Treasury to execute these payments in foreign currencies.

Kasekende however denied having a hand in the approvals saying, “I don’t think I am the one who approved it, let the officers explain the contract.”

Anita Among, Vice Chairperson COSASE wondered if the Central Bank makes its budgets in local currencies to warrant it pay its local suppliers in foreign currencies.

Kasekende defended the Central Bank’s decision arguing that; “This copy of the letter was sent to central and local governments which doesn’t include Bank of Uganda. It was never sent to Bank of Uganda.”

With back and forth debate on the matter, the Committee requested the Central Bank to provide a written response.

Twinemanzi Tumubwine, Executive Director Banking Supervision while responding to queries raised in the special audit report on the Shs478bn injected in Crane Bank as liquidity support by Bank of Uganda at the time the financial institution was under statutory management, admitted that Bank of Uganda had no guidelines for the liquidity support.

He agreed with auditors that there is need for the Central Bank to review its liquidation support guidelines including details of operating procedures for the said plan. 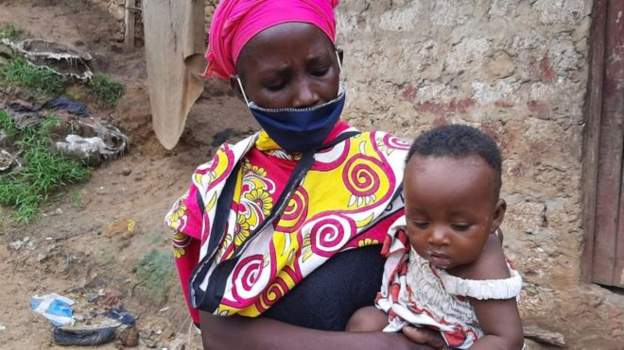 BusinessFocus Reporter May 8, 2020May 8, 2020
EntrepreneurshipNewsOpportunities