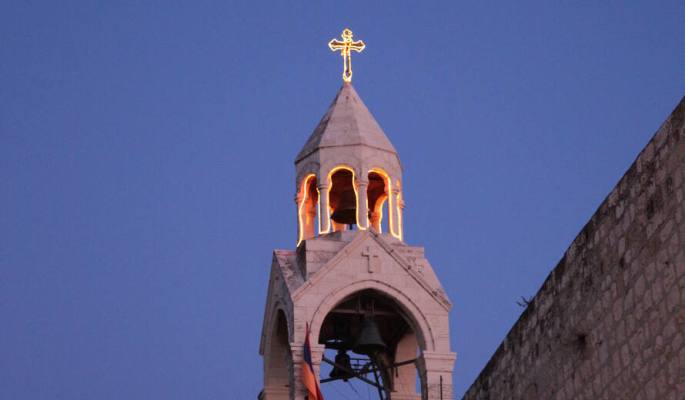 The World Heritage Committee of the United Nations Educational, Scientific and Cultural Organization (UNESCO), meeting in Baku since 30 June, Tuesday decided to remove the Birthplace of Jesus: the Church of the Nativity and the Pilgrimage Route, Bethlehem (Palestine) from the List of World Heritage in Danger.

The Committee said its decision was due to the high quality of work carried out on the Nativity Church, the restoration of its roof, exterior facades, mosaics and doors. It also welcomed the shelving of a project to dig a tunnel under Manger Square and the adoption of a management plan for the conservation of the site.

The Birthplace of Jesus: the Church of the Nativity and Pilgrimage Route, Bethlehem, Palestine, situated 10 km south of Jerusalem on the site identified by Christian tradition as the birthplace of Jesus since the 2nd century. A church was first completed there in 339 CE and the edifice that replaced it after a fire in the 6th century retains elaborate floor mosaics from the original building. The site also includes Latin, Greek Orthodox, Franciscan and Armenian convents and churches, as well as bell towers, terraced gardens and a pilgrimage route.

Inscribed on the World Heritage List in 2012, the site was added simultaneously to the List of World Heritage in Danger due to the poor state of the Nativity Church.

The List of World Heritage in Danger is designed to inform the international community of conditions which threaten the very characteristics for which a property was inscribed on the World Heritage List—be they due to armed conflicts, natural disasters, unplanned urbanization, poaching, pollution or other—and encourage corrective action.

The 43rd session of the World Heritage Committee continues until 10 July.